In what might be the ultimate Dad fail of the year, an earnest father mistakenly filmed a girl who wasn’t his daughter during her graduation ceremony.

Georgia Wilde was walking during her graduation from the University of the West of England while her father filmed the procession — while focusing on the wrong girl! In the footage he captured, viewers can see the hilarity that ensued when Georgia pointed out to her father that he had been filming someone who wasn’t his daughter. They shared a chuckle before he offered the most fatherly of explanations.

“I got carried away then,” he said. “I was looking at the wrong one, weren’t I?”

Thankfully for this father, Georgia had a sense of humor and posted the clip that he had filmed to her Twitter account, captioning it, “My dad legit filmed the wrong girl going down the aisle at my graduation. Sums up my Dad.”

Perhaps the funniest part of whole ordeal was that Georgia was graduating with a degree in filmmaking. Let’s leave the videography work to her next time, Dad! 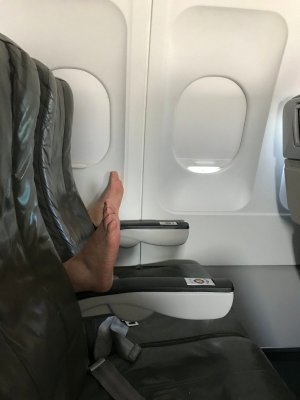 Woman Takes Viral Photo of ‘Nightmare’ Airplane Passenger Putting Feet on Her Armrest: ‘I Was in Literal Shock’
Next Up: Editor's Pick