A local newspaper waded into the heated debate over whether a hot dog is a sandwich this week with a frank correction firmly placing itself in the “not a sandwich” camp.

The Louisville, Kentucky Courier-Journal newspaper published an epic correction of their referrals to hot dogs as “sandwiches” over the years, beginning in 1887 and ending in 1966. The move puts the Courier-Journal in line with the official verdict from the National Hot Dog and Sausage Council, which recently declared hot dogs are not sandwiches.

Read more: How the hot dog may have gotten its name

The executive editor of the paper, Joel Christopher, tweeted about the correction, saying that the Courier-Journal is “deadly serious about accuracy.”

The corrections did not come without controversy at the Courier-Journal itself. One of the paper’s columnists, Joseph Gerth, wrote a response to his editor’s decision to publish the corrections, saying that even Merriam-Webster defines hot dogs as sandwiches. “You can even call it ‘fake news’ if you want,” wrote Gerth.

The National Hot Dog and Sausage Council has designated the month of July as Hot Dog Month. The famous Coney Island hot dog eating contest took place on the Fourth of July. 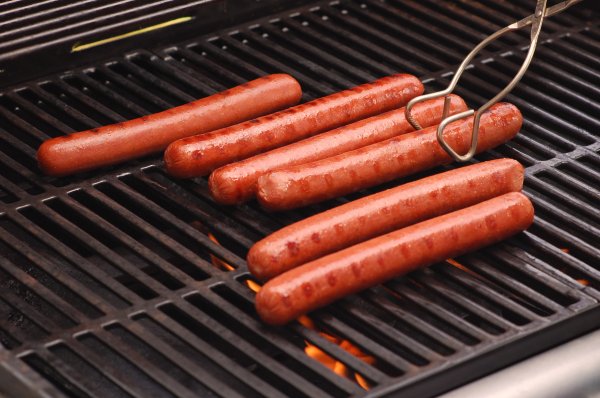 What Hot Dogs Do to Your Body
Next Up: Editor's Pick