Woman Takes Viral Photo of ‘Nightmare’ Airplane Passenger Putting Feet on Her Armrest: ‘I Was in Literal Shock’

As if fighting for the armrest wasn’t tough enough!

On JetBlue flight from Long Beach to San Francisco on July 18, 30-year-old passenger Jessie Char encountered the worst kind of airline seatmate — a pair of feet.

“I noticed one of the armrests collapse and so I looked over only to see a foot emerge from the row behind me,” Char, a San Francisco resident, tells PEOPLE of the incident. “It was writhing around on one armrest and there was a significant amount of toe wiggling.

“And then, from the other side of the chair, another foot emerged.”

The squirming digits with cracked red nail polish remained on the armrests for a full 10 minutes before their owner removed them when a flight attendant walked by.

“I would have said something but I was in literal shock,” says Char, who was traveling alone. “I think I needed another human with me in the moment to reassure me I wasn’t just seeing things.”

Lucky for us, Char documented her entire in-flight experience.

Her story begins around 6:30 p.m. in Long Beach, right before takeoff. The small business owner couldn’t believe it when she got an entire row to herself.

In fact, she was so excited that she decided to share it with the world.

“My two favorite people to sit with on a plane,” she captioned a photo that has since received over 3,000 likes on Twitter.

But then things took a turn for the worse.

“You guys will never guess what happened,” she teased on Twitter.

“I had to put my phone away when we took off and couldn’t update until I landed,” explains Char. “But just a few minutes after takeoff is when the feet emerged.”

Char says the owner looked to be in her mid-40s and very short.

“We were in the section with extra leg room,” she says. “So there was no way she didn’t have enough room for her legs.”

But, little did Char know, the worst was yet to come.

“Then she opened the window [shade] with her foot,” says Char. “And that was one of the weirdest things I’ve ever seen.”

The feet from row 5 floated in Char’s row for 10 minutes before the sight of a flight attendant scared them back.

“I was going to tell a flight attendant, but then I was like let this one fly and post it on the Internet,” she says. “I just hope this dissuades people from doing it in the future.”

But if you do encounter a similar horror, she has some sound advice: “I tried not to breathe super heavily while they were present.” 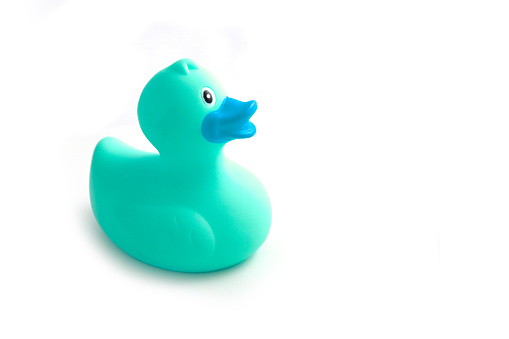 The Internet Doesn't Know What to Think of This Mysterious Melted Duck Photo
Next Up: Editor's Pick