The Real Role of Treason in American History

Whispers of treason have become bold accusations as the investigation into Russian meddling in the 2016 presidential election turns from simmer to boil. The meaning of treason, though, has always been hard to pin down, in part, because it is found in two distinct realms: law, on the one hand, and the rhetorical life of our democratic republic, on the other.

The legal meaning of treason usually comes to mind first. There is only one criminal law in the U.S. Constitution — the Treason Clause. A mere three sentences long, it is one of the most complex laws in western jurisprudence. In 1807, the great Chief Justice John Marshall wrote 25,000 words grappling with the meaning of a single sentence of the Treason Clause. Justice Robert Jackson concluded in 1945 that the apparent clarity and simplicity of the Treason Clause proved illusory when put into actual practice.

Treason is in the Constitution for good reason: allegiance is a necessary precondition of government, and treason law is one way to define the citizenry’s duty of loyalty. At the same time, in a democratic republic that depends on disagreement and energetic debate, the restrictive nature of our treason law protects the loyal opposition. Therefore, when political candidates in the 21st century suggest that each other’s policies are treasonous, we know that no one will be marched to the gallows.

In fact, throughout American history, accusations of treason have been much more prevalent as political rhetoric than as matters of law. The quintessential act of treason was Benedict Arnold’s attempt to hand West Point over to the British in 1780. Arnold escaped capture, but his countrymen promised that posterity would forever condemn his treachery. Tellingly, in the months prior to the outbreak of civil war in 1860, Harper’s Weekly magazine featured a full-page illustration of Arnold meeting his British contact in the wilderness, with a snake listening from a branch overhead – the whole scene an obvious reference to the Garden of Eden. In the story of America’s creation, Arnold’s betrayal had become Original Sin.

When George Washington learned of Arnold’s treason, he asked, “Whom can we trust now?” That simple question gets to the crux of the matter: the lifeblood of America’s democratic experiment is trust. Loyalty and allegiance are manifestations of trust, the virtue that John Locke identified at every juncture of constitutional government. A society that depends on trust will naturally fear betrayal and require a way to understand treason.

As a matter of law, treason has achieved a kind of obsolescence. Today, activities that might be considered treasonous can be prosecuted by a wide array of laws that define explicit actions and precise standards of evidence. On the other hand, the Constitution’s treason law is prohibitively complex and designed to be restrictive.

Restrictions on treason prosecutions, though, were not the primary reason that treason law was included in the Constitution. The evolution of Anglo-American law had already taken care of that, beginning in the 14th century and making various adjustments in the centuries hence. Treason law is part of our founding document because it establishes loyalty and allegiance, without which political society could not exist. Treason law takes abstract notions of political obligation and turns them into concrete actions that define an essential element of citizenship.

When the Framers completed the Constitution in September 1787, a famous story tells of a woman who approached Benjamin Franklin as he left Independence Hall and asked him, “Dr. Franklin, what kind of government have you given us?” To which Franklin replied, “A Republic, if you can keep it.” Thus, Franklin defined the moral responsibility that is a birthright of every American citizen, which is “to keep it” – to preserve this republic, to put some thoughtful effort into maintaining this fragile experiment in democracy.

We call it treason when such efforts are betrayed. For all its hyperbole and incendiary color, talk of treason is primarily a rhetorical shorthand that conjures deep-seated feelings of loyalty, national identity, and trust. Historically, when Americans speak of treason, they do so not to identify elements of law so much as to express concern for abstract notions of allegiance and political obligation that they recognize as a profound American tradition.

Prosecutors will have many diverse laws at their disposal to bring about justice should it be proved that individuals assisted the adversarial Russian regime’s interference in our democratic practice. The rest of us will gather about the water cooler, or the kitchen table, and talk about treason.

Brian F. Carso, J.D., Ph.D., associate professor of History and Government at Misericordia University in Dallas, Pa., is the author of Whom Can We Trust Now?: The Meaning of Treason in the United States, from the Revolution through the Civil War. 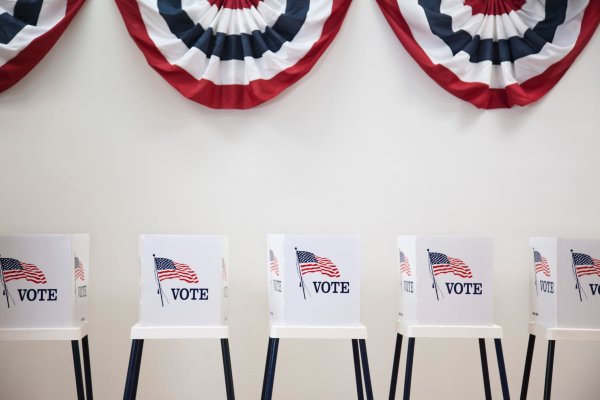