Marshall McLuhan, author and expert on communications, in Toronto on Sept. 28, 1966.
Barry Philp—Toronto Star via Getty Images
By Tessa Berenson

Today’s Google Doodle celebrates what would have been the 106th birthday of Marshall McLuhan, a Canadian philosopher who predicted the Internet.

McLuhan never lived to see the Web, but he was eerily prescient about it in his writings in the 1960s. In his 1962 book The Gutenberg Galaxy, he outlined what he saw as the four eras of human history, the Telegraph reports, which are rendered in the Doodle: the acoustic age, the literary age, the print age and the electronic age. At the time, he said the world was entering the electronic age, where it would become a “global village” with technology granting everyone access to the same information. Sounds like the Internet, right?

Then in his 1964 book Understanding Media: The Extensions of Man, he coined the now-famous phrase “the medium is the message,” Recode reports, arguing that the way information is disseminated would become more important than the information itself. He even predicted some other effects technology would have on society. In 1968, he said that “an electronic world re-tribalizes men.”

His ideas were controversial at the time, but now, decades later, the Internet has largely proved him right. 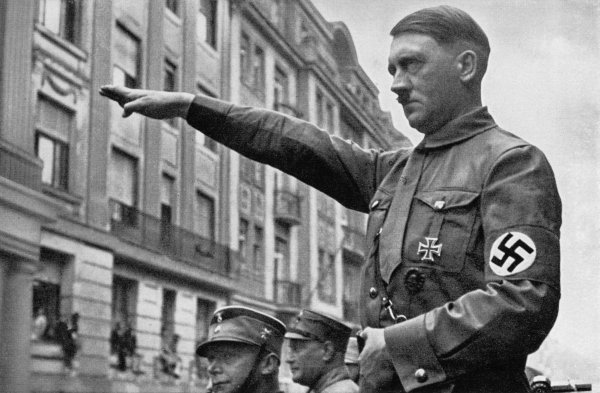 Should You Call Someone Hitler? Here's What the Man Behind Godwin's Law Thinks
Next Up: Editor's Pick