President Donald Trump‘s second-quarter job approval rating has fallen below what any other past president has gotten during the same time frame.

A new Gallup poll found that Trump averaged a 38.8% rating between April 20 and July 19. The average approval rating for that time is 62%. President Obama was at the average during this time period, as was President Nixon. President Clinton is the only president who was below 50% by the second quarter, coming in with a 44% approval rating.

Trump’s approval rating isn’t just low compared to the same time period across administrations. His second quarter ranks 250th out of all 287 presidential quarters Gallup has measured since 1945. But there’s a large partisan gap in the numbers. Just 8% of Democrats approved of Trump’s job performance during the second quarter, but 85% of Republicans did. Approval ratings have become increasingly polarized in recent administrations, but the 77-point gap for Trump is a new record.

The Gallup poll is based on telephone interviews of 52,765 adults in the U.S. conducted April 20-July 19, 2017 and has a margin of sampling error of ±1 percentage point. 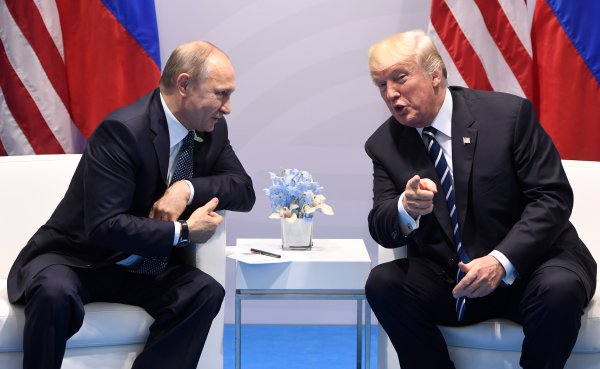 Colbert to Trump: Meeting Putin Again Is Like O.J. Simpson Going Glove Shopping on Parole
Next Up: Editor's Pick