Why Poland's Government Is Being Accused of Destroying Democracy

Protesters raise candles and hold a Polish flag over the crowd during a protest on July 20, 2017 in front of the presidential palace in Warsaw, Poland, as they urge the Polish President to reject a bill changing the judiciary system.
Adam Chelstowski—AFP/Getty Images
By Tara John

Despite growing unrest and threats from the E.U., the government of Poland is on the brink of adopting a contentious law that critics say will unravel the country’s democratic institutions by giving politicians influence over the courts.

Weeks after U.S. President Donald Trump hailed Poland for its democratic values during a foreign policy speech in Warsaw, tens of thousands protested across the country against the ruling Law and Justice (PiS) party’s erosion of the judiciary’s independence.

It follows a Thursday vote where lawmakers in the lower house of parliament passed a draft bill that would dismiss all member’s of the country’s Supreme Court and let the president— on the request of the justice minister— make new appointments and influence their work.

The bill is expected to be approved by the Senate on Friday before being signed into law by President Andrzej Duda. Here’s what you need to know:

It is part of a wider campaign to dismantle the country’s democratic checks and balances on the government by the populist Law and Justice party (PiS), co-founded and chaired by former Prime Minister Jarosław Kaczyński. Since winning a majority in 2015, PiS deputies have effectively turned the country’s state media into a propaganda arm, purged the army’s leadership, placed loyalists in the civil service and weakened the Constitutional Tribunal which rules on whether legislation violates Poland’s constitution.

The rightwing PiS says it is only following through election promises to reform the judiciary. PiS supporters have criticized Polish courts for taking too long to hear cases. In a speech to the lower house on Thursday, Prime Minister Beata Szydlo said the new legislation was a reaction to the courts’ alleged inefficiency while insisting that the government will not bow to pressure “from Polish or from foreign defenders of the interest of the elites.”

Former Polish Prime Minister Donald Tusk, who is the current president of the European Council and a bitter critic of Kaczynski, accused the government of dragging the country back in time. “It is my belief that its most recent actions go against European values and standards and risk damaging our reputation” Tusk said in a statement. “They transport us – in the political sense – in time and space: backwards and eastwards.”

Will the bill become law?

It looks like it. PiS has a majority in both the lower house and the upper house (the senate) of parliament. The vote comes after two other laws passed in July. Under one, members for the body that chooses judges, the National Judicial Council, will be selected by parliament instead of other judges. The second bill empowers Minister of Justice Zbigniew Ziobro to appoint and dismiss the heads of regional and appeal courts.

How is the European Union responding? Is this why the E.U. threatening to revoke Poland’s voting rights?

The political and economic bloc is threatening to revoke the voting rights of member state Poland. Frans Timmermans, the first vice-president of the European commission warned on Wednesday that the E.U. was “very close” to pulling the never-before-used sanction Article 7, which would deny the country a vote on European Union business. But that provision needs to be adopted unanimously by every other member state. Hungary, which is led by Kaczynski’s ideological ally, Prime Minister Viktor Orban, has said it would not go against Warsaw.

“The problem is that the EU doesn’t really have the tools to deal with a member state that is threatening to leave the path of democracy,” Marcin Zaborowski of Visegrad Insight told the Financial Times. “The EU has a stick to deal with aspirant members, but once countries are members, there is a limit to what it can do to persuade them to change course.”

The bloc has also clashed with Poland on issues ranging from a logging initiative in one of Europe’s oldest forests to the country’s refusal to take on any refugees.

Can this be stopped?

Not in parliament. Poland’s opposition parties lack the majority to block PiS’s legislation and there isn’t a unifying political figure to counter the euroskeptic party’s clout.

But if popular rage builds further, the PiS could back down. Recent polls suggest that 76% of Poles oppose a politicized judiciary. It may be the country’s most popular party, but PiS only won by a slim margin in the 2015 election. Their majority is weak and the party has backed down in the past when faced with popular pressure — specifically, after massive nationwide protests in 2016 against a strict abortion law. 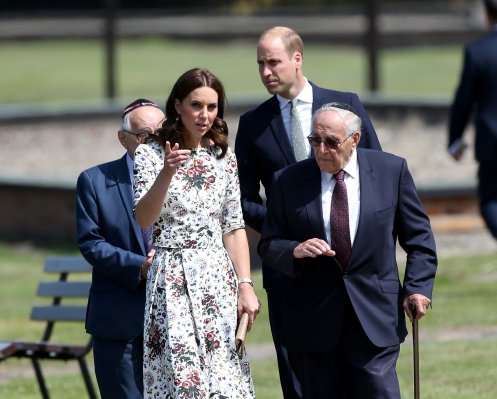