The U.S. government will soon ban its citizens from traveling to North Korea, according to tour operators in the reclusive country.

The BBC reports that two travel agencies — Koryo Tours and Young Pioneer Tours — have said that the ban is expected to be formally announced on 27 July and will come into effect 30 days thereafter.

U.S. officials have yet to confirm the ban, according to the BBC.

In a statement, Young Pioneer Tours said: “After the 30 day grace period any U.S. national that travels to North Korea will have their passport invalidated by their government.”

An employee at Young Pioneer Tours told the BBC that they were informed of the policy change by Sweden’s embassy, which liaises on behalf of the U.S. in North Korea as Washington does not have diplomatic ties with Pyongyang.

The move follows shortly after the death of U.S. college student Otto Warmbier, who travelled to North Korea with Young Pioneers in 2015. Warmbier was arrested and sentenced to 15 years’ imprisonment after a North Korean court found him guilty of stealing a propaganda poster from his hotel in Pyongyang.

Warmbier died a few days after he was released from custody and returned to the U.S. in a coma in June. 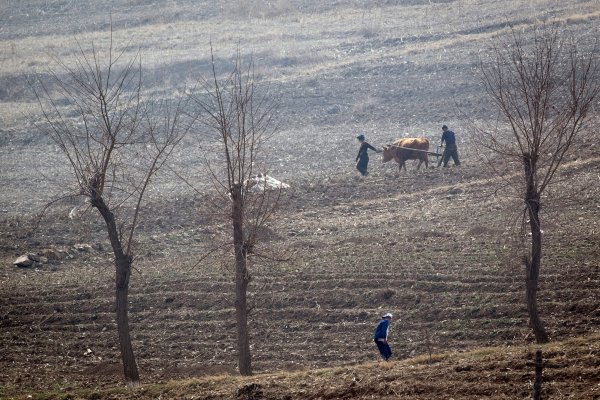 North Korea Faces Its Worst Drought Since 2001
Next Up: Editor's Pick