As the United States faces a tense fight over the nation’s health care and mounting concerns about the investigation into the President’s potential ties to Russia, Canada has been having a different sort of crisis.

Johnston, the Queen’s representative in Canada, was seen helping the 91-year-old monarch down a set of red-carpeted stairs at an event in London to mark Canada’s 150th birthday. In the moment captured on video, the Governor General gently took hold of the Queen’s elbow — a move he later said was meant to prevent her from falling.

The incident captured the attention of the British press and social media users. One British newspaper, the Daily Express, headlined its article on the incident “Hands Off!”

There are technically “no obligatory codes of behavior when meeting The Queen,” according to the royal website, but it is widely known and accepted that tradition dictates no one touch the royal family, according to CBC. Members of the royal family have given handshakes, but others who have made further contact have also landed in the hot seat.

Former U.S. First Lady Michelle Obama, for example, drew attention when she touched the Queen at a G-20 summit in 2009, according to NBC News.

Despite the hiccup, Johnston seemed to enjoy the rest of his day in London, tweeting on that he was honored to mark Canada’s birthday with the Queen. This was likely the governor general’s final meeting with Queen Elizabeth before his term ends in September. 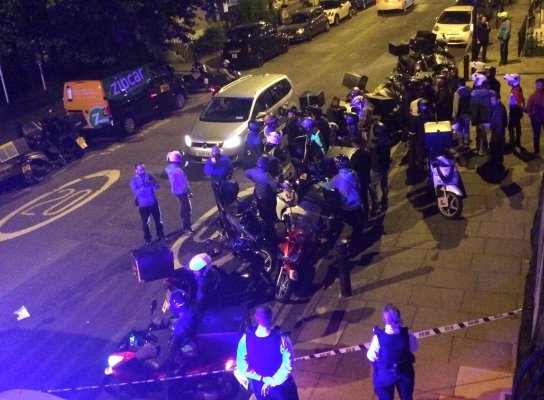 Acid Attacks Have Become a Violent Trend in the U.K.
Next Up: Editor's Pick