Eleven Is Back in the Stranger Things Season 2 Trailer

Eleven is back from the Upside Down.

Netflix premiered a new trailer for the second season of Stranger Things at San Diego Comic-Con on Saturday. It begins with the four friends visiting the arcade to play the video game Dragon’s Lair. Will hears something outside and and finds himself in the upside down. He sees red lighting and a giant spider-like monster in the sky.

We get shots of the town in the middle of 1980s Halloween revelry (including a Reagan-Bush 1984 sign in someone’s yard). But the biggest reveal comes at the very end of the trailer when Will wants a sign from Eleven that she’s out there, and we see her reaching from the Upside Down into the school.

Last we left the kids of Stranger Things, they were back to biking around the neighborhood and playing Dungeons & Dragons, assuming that they defeated the monster from the Upside Down. But the final scene from the first season suggested that Will Byers brought something evil back with him.

David Harbour dropped some hints about his character, Chief Hopper this season, who was leaving Eleven Eggo waffles at the end of last season. He says his character’s arc in season 2 explores the “savior complex and the pitfalls of that.”

MORE: The 10 Best References You Might Have Missed in Stranger Things

Netflix will drop the second season on Oct. 27, just in time for Halloween. 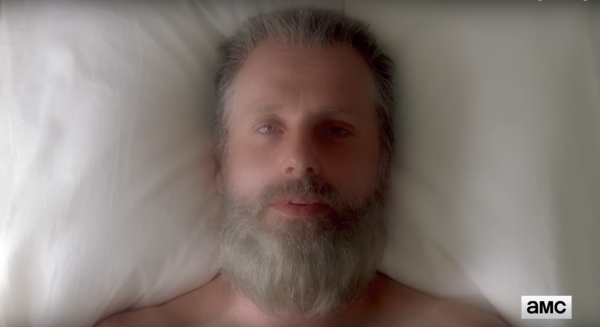