During a panel for Aquaman, the actor introduced the first footage from the movie. It began with two fisherman pulled along by a seemingly giant fish in their small rowing boat. When they look down, they see a mass of giant submarines under water.

During the following Justice League panel, a fan asked Momoa who those ships belonged to. Momoa answered, perhaps against his better judgment.

“I’m used to getting in trouble, so you know what? I’m going to tell you,” he said. “That’s Ocean Master’s army. I’m going to be fighting my brother.”

Though Aquaman doesn’t premiere until December of 2018, Momoa will make his debut as the underwater warrior — if you don’t count a glimpse of footage in Batman v Superman — in Justice League, out this November. 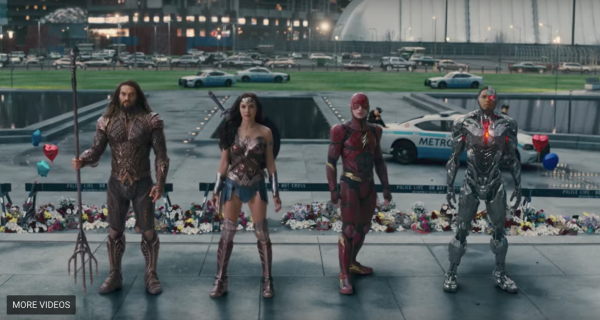 New Justice League Trailer Hints at the Appearance of a Mysterious Hero
Next Up: Editor's Pick