Justice League premiered a new trailer San Diego Comic-Con, and though we don’t see him, the footage suggests Superman might be back.

Alfred (Jeremy Irons) is holding down the fort for Batman (Ben Affleck) while the Justice League is out, and he looks up from his work.

Considering Batman v Superman director Zack Snyder teased at last year’s Comic-Con that Superman would return despite seemingly dying at the end of that film, that mysterious figure could be Superman himself. Or does the reflection in Alfred’s eye indicate a Green Lantern is paying a visit?

The footage also teased a return to Themyscira, where we first ventured in Wonder Woman. Some evil spirit lands in Diana’s homeland, to her mother’s surprise.

MORE: What to Know About Justice League Villain Steppenwolf

The cast was overjoyed by the footage. A barefooted Jason Momoa (Aquaman) broke his chair, slamming it on the ground out of excitement. Meanwhile, Ben Affleck enthused, “How many people in their life get to come to Hall H and say that I’m Batman?”

The cast members employed different strategies when it came to the Superman secret.

When a little boy asked the panel where Superman is, Momoa replied, “I don’t know if your parents showed you the last movie, but Superman’s dead” to laughs.

Gadot was determined to be a little kinder to the boy.

“If you’re a big fan of Superman, you’re going to be very, very happy,” she revealed.

The footage reassured fans that the movie was on track.

Zack Snyder relinquished his position as director on the movie, set to premiere on Nov. 17, after a personal tragedy. Since then, Avengers director Joss Whedon has taken over the project and is skipping Comic-Con in order to finish editing the film.

The two directors have very different styles — Snyder’s movies tend to be darker, Whedon’s quippier — so it’s unclear whether Justice League will prove more like the dour Batman v Superman or lighter like the quippy Marvel movies.

MORE: Jason Momoa Just Revealed Who He’ll Be Fighting in the Aquaman Movie

One thing is for sure: Whedon and Warner Bros. are doing their best to capitalize on Wonder Woman’s box office success by shining a light on the heroine in the ensemble film. 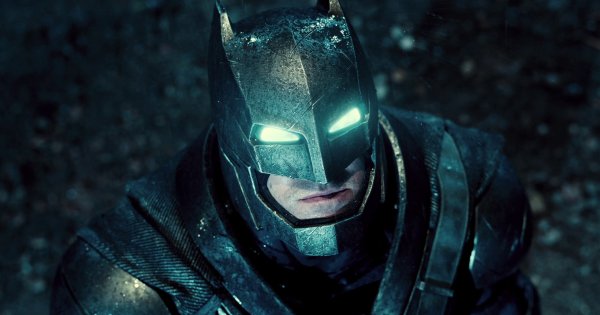 Ben Affleck Shuts Down Rumors That He's Leaving Batman
Next Up: Editor's Pick