More women than men say that their interest in politics has increased since President Trump’s election, according to a new poll.

A Pew Research Center poll released Thursday found that 58 percent of women say they are more interested in politics since November, compared to 46 percent of men. Overall, 52 percent of Americans say their interest in politics has spiked since the election.

Trump won the election by strong support from male voters, winning men by 12 points. According to exit polls, the 2016 election was decided by the largest gender gap in recorded history.

Interest has spiked the most among Democratic women–63 percent of Democratic women say they are more attentive to politics, compared to 54 percent of Republican women. Democratic women are also most likely to say that they have gone to a political event since the election. The Women’s March–which happened the day after Trump’s inauguration in protest of the president–was likely the largest political rally in U.S. history.

Overall, Democrats are about three times as likely as Republicans to say they have been to a political gathering–22 percent compared to 7 percent. 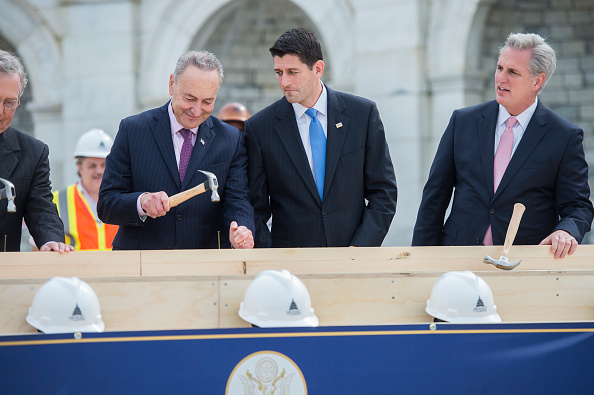 Americans Think a Terrorist Attack Is More Likely Than Bipartisanship
Next Up: Editor's Pick