Cara Delevingne was one of several Suicide Squad stars who celebrated the end of filming the superhero flick by participating in a cast tattooing session. So during a recent appearance on First We Feast’s “Hot Ones” — a YouTube series that has celebrities dine on increasingly spicy wings while answering personal questions from host Sean Evans— the model-turned-actor was asked to provide some context for one particular photo of her inking Margot Robbie.

“That’s me tattooing Margot’s toes with toemojis, which is what we made up for emojis on our toes. We both had them on our feet,” Delevingne said of the shot, which showed her applying a tattoo gun to her co-star’s foot as Robbie’s stunt double — dressed in full Harley Quinn garb — entered the room. “So it was basically like an emoji face, it was just like a smiley face. I had five of them, she had one or two I think.” 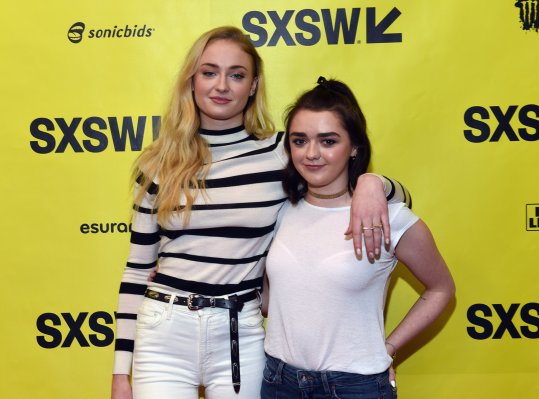 Here's the Adorable Way Sophie Turner and Maisie Williams Practiced for Game of Thrones Fame Together
Next Up: Editor's Pick