The U.S. government will soon ban Americans from visiting North Korea, according to the Associated Press. The new travel restrictions come after North Korea imprisoned U.S. college student Otto Warmbier, who later died. It’s unclear when the rule will be announced or go into effect.

O.J. Simpson will be free to leave prison as early as this fall after a Nevada parole board approved his release. The 70-year-old former football star bowed his head after the decision was announced. “I’ve done my time,” he said during the parole board hearing. “I’ve done it as well and respectfully as anybody can. I’ve not complained for nine years. I want to get back to my kids.”

Chester Bennington, the lead singer of the rock band Linkin Park, has died at 41, officials said. The frontman was found dead in his Los Angeles home. His death is being investigated as an apparent suicide.

The U.S. has lifted a laptop ban on all airlines.

A group of Florida teens laughed as they watched a man drown, police said.

One out of three of dementia cases could be prevented, according to new research. 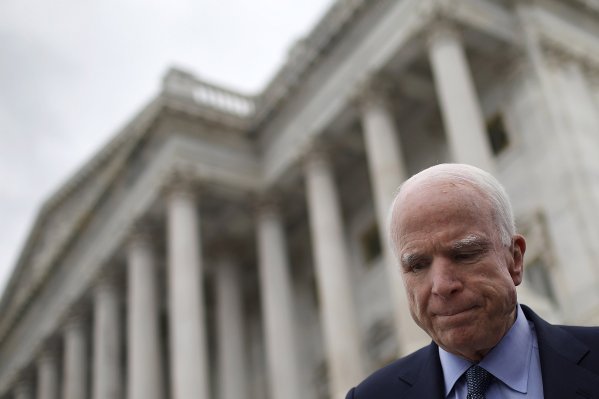