HBO dropped a new Game of Thrones trailer at San Diego Comic-Con on Friday. Teasing future episodes, the trailer flashes to the inevitable alliances and clashes that will happen this season — and sets up the long-awaited meeting between the King in the North and the Mother of Dragons.

The clip begins with Daenerys saying, “I was born to rule the Seven Kingdoms and I will.”

Meanwhile, Jon Snow argues in the North that his army cannot defeat the White Walkers alone. He points out that Daenerys “has dragon fire,” though some of his followers don’t think that a Targaryen can be trusted.

The trailer ends with Melisandre in Daenerys’ throne room. We last saw her being banished from the North by Jon Snow for killing the young girl, Shireen. But the priestess seems to have made her way back to Dragonstone (where she once birthed a murderous shadow baby) to make her plea to the queen.

“I believe you have a role to play as does another,” the Red Woman says, referring presumably to Jon Snow. It seems the meeting will happen this season. 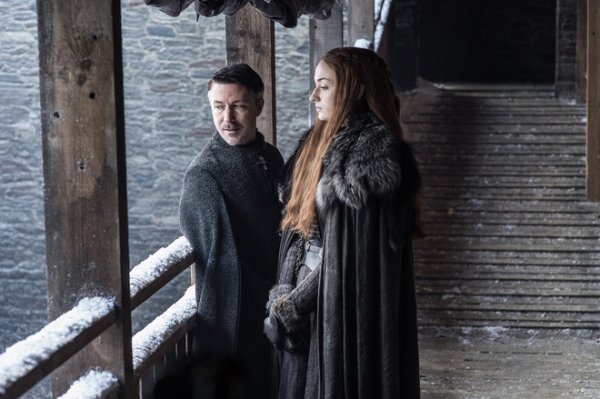