Roxane Gay on How to Build a More Inclusive Comic Book Industry, World of Wakanda and Lumberjanes

Roxane Gay made her first foray into the comic book world last year with World of Wakanda, a spinoff of Ta-Nehisi Coates’ Black Panther series that featured queer black female characters. Marvel recently cancelled the comic, a decision that came on the heels of a Marvel’s vice president of sales claiming, “What we heard was that people didn’t want any more diversity. They didn’t want female characters out there. That’s what we heard, whether we believe that or not.”

Gay, while she says she had a good experience with Marvel, argues that publishers could do a better job of reaching out to a broader range of readers. Educating non-comics readers about where to find superheroes who look like them would be good for business, she argues. During San Diego Comic-Con last weekend, the author spoke to TIME about how the industry can attract new readers, the future of World of Wakanda and her coming work on the comic Lumberjanes.

A lot has been made of the fact that we’re getting a more diverse array of characters on the page, but that doesn’t necessarily mean that the comic book world is completely inclusive. What was your experience with Marvel’s distribution of World of Wakanda?

They definitely promoted World of Wakanda, and my publicist was really good about getting the story out that it was happening. I was able to do a lot of interviews in advance of the first issue. But I didn’t see them recognizing that they really were only talking to the comics audience. When something is in the New York Times, of course, it’s going to a wider audience. But many of the readers [who had read my previous work and who] I brought along with me had no idea where to find the comic book.

I think that gap exists when you bring writers from outside the comics world in, especially writers of color and queer writers. We’re not considered the target reader of comics even though we’re totally in the comics world. But I didn’t see them reaching out, for instance, to black communities.

They can find ways to reach other communities and educate people on where to buy comics. A lot of people don’t realize where their local comic book stores are. There are four comic book stores within five miles of my house in Lafayette, Indiana. I had no idea until I started working on World of Wakanda that that was the case.

Do you think the publishers are willing to reach out to a broader audience?

I think if someone powerful enough asks them to do it, it could happen. But I don’t think they need to because they can make plenty of money selling Captain America and Batman to their core audience. I don’t know that they recognize what kind of economic potential there is in distributing to different communities.

We’re beginning to see superheroes that aren’t just straight, white men onscreen, like in Black Panther and Captain Marvel and Wonder Woman. Studios seem to be doing a pretty good job marketing those movies to all kinds of audiences. Why do you think the film industry is a bit ahead of the comic book world in this respect?

Change is slow, and change in communities dominated by white men is even slower. That’s why it’s happening faster in film and television. Even though there’s still a huge disparity, there are more people of color in those areas than in comics.

I had an overall great experience working with Marvel. But you have this one Marvel vice president [of sales] saying diversity isn’t selling. And I’m thinking, “Well that’s because you haven’t followed through on those initiatives.” Sometimes you need to take a chance and give things time and publish more than one or two or five issues. Yes, that’s going to cost money. Sometimes you have to invest the capital to make these projects work.

World of Wakanda has been cancelled for now. Are you doing to continue to work on other comics?

I hope to write again for Marvel. I loved working for my editor Wil Moss. I definitely want to revisit Ayo and Aneka, and they’ve left that door open. I think with World of Wakanda, I’m really happy with the sales numbers. I don’t know if Marvel was, but I was. And I know it would have done better if there had been a little more of a push to non-comics readers.

And I’m certainly open to other opportunities in the comics world. I’m going to be doing a story for Lumberjanes, which I’m really excited about because it’s kick-ass girls doing kick-ass things. 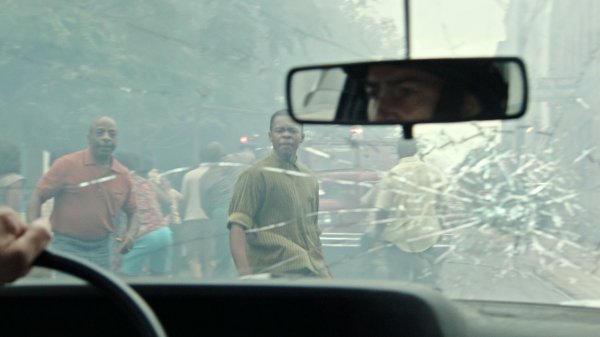 Review: Detroit Is an Important but Flawed Look at American History
Next Up: Editor's Pick