A big game trophy hunter fatally shot a son of Cecil the Lion named Xanda near the Zimbabwe park where Cecil was killed in 2015.

The 6-year-old Xanda was outside the border of the Hwange National Park in Zimbabwe when a client on an expedition led by a professional hunter killed him. The professional hunter leading the group with RC Safaris, Richard Cooke, saw a tracking collar on the lion and turned it in to researchers who work with the park, the Telegraph reports.

Oxford University researcher Andrew Loveridge, a member of the team that fits collars on the Hwange National Park lions to monitor them, said Cooke did the right thing by turning in the collar, and that the kill did not break any laws.

“[Cooke] is ethical and he returned the collar and communicated what had happened,” Loveridge told the Telegraph. “His hunt was legal and Xanda was over 6 years old so it is all within the stipulated regulations.”

Read More: If You Got Mad Over Cecil the Lion, Here Are 5 Ways You Can Bring About Change

Cecil the lion had also left the park when he was killed in 2015, prompting international outrage. Loveridge’s team was aware while monitoring Xanda’s movements that Xanda’s pride had been straying from the confines of the conservation park, but said there was “not much” his team could do to prevent that. He said he wants an exclusion zone around the park of more than three miles (5km) that would bar hunters from shooting lions there that have left Hwange. 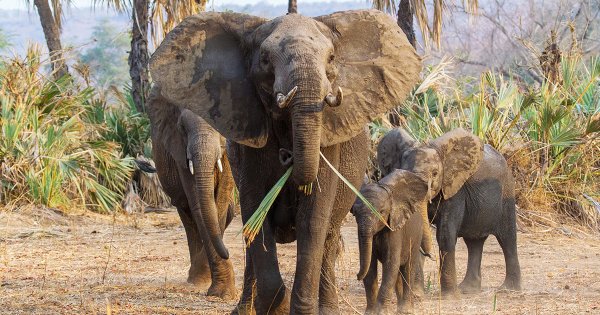 Professional Hunter Killed By Elephant That Collapsed on Top of Him
Next Up: Editor's Pick