Netflix is ready to compete with major studios. The streaming service has recruited an increasingly impressive list of A-listers to star in their films. Their latest gambit: Making the sort of movie that audiences traditionally would watch on a big screen.

Enter Will Smith’s Bright. The film, directed by Suicide Squad‘s David Ayer, is a sort of crime-fantasy mashup. Smith stars as a cop partnered with the first orc policeman (Joel Edgerton), who faces racism because he is an orc.

Netflix dropped a full trailer for the movie at San Diego Comic Con on Thursday, and it combines realism with fantasy: “Fairy lives don’t matter today,” Smith says at one point while trying to shoo a fairy from his bird feeder. Police cars, bullets and uniforms from our world clash with flaming corpses, swords and a very powerful wand.

At the panel, Smith, Ayer and the cast explained a bit about the world. A Bright, it seems is someone who uses magic, a wand like a nuclear weapon that grants wishes. All this magic has turned the world topsy-turvy. “It’s about a really f—d up L.A.,” Ayer said at the Comic Con panel.

Smith said the movie gets political, at least metaphorically. “It was really great to be an African-American police officer who found someone to be racist against,” he said. 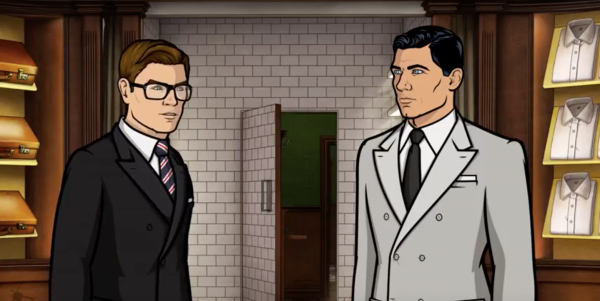 Watch Eggsy Meet Archer in This New Kingsman: The Golden Circle Teaser
Next Up: Editor's Pick