In a widely-circulated video from the 2008 presidential campaign, Sen. John McCain calls for respect for his then-opponent and eventual victor, President Barack Obama.

A woman came up to McCain at a rally and said, “I can’t trust Obama. I have read about him, and he’s not, he’s not — he’s an Arab.” Her comment prompted McCain to immediately shake his head and take the microphone from her.

“No ma’am,” McCain said. “He’s a decent family man, a citizen that I just happen to have disagreements with on fundamental issues, and that’s what this campaign is all about.”

McCain continued to defend Obama during the event even as his supporters voiced their surprise in the background.

“He is a decent person and a person that you do not have to be scared of as Pf resident,” McCain said. “If I didn’t think I’d be one heck of a better President I wouldn’t be running, and that’s the point. I admire Sen. Obama and his accomplishments, I will respect him. I want everyone to be respectful, and let’s make sure we are. Because that’s the way politics should be conducted in America.”

McCain passed away Saturday following a year-long battle with a rare form of brain cancer. Shortly after his diagnosis in July 2017, Obama joined other politicians in his support for McCain, tweeting that “John McCain is an American hero & one of the bravest fighters I’ve ever known. Cancer doesn’t know what it’s up against. Give it hell, John.”

The 2008 clip resurfaced after McCain’s passing, as friends and supporters reflected on the Republican Senator’s bipartisan spirit. 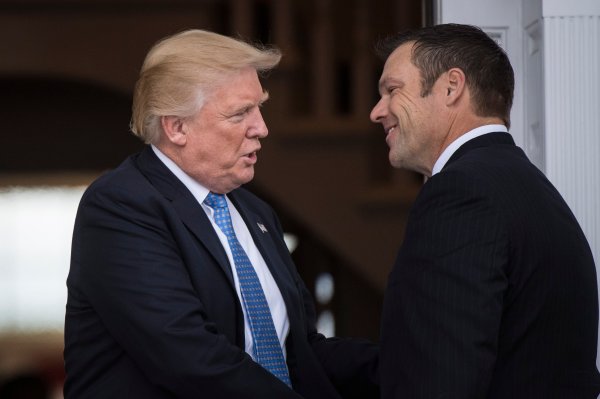 Mississippi Official Tells President Trump's Voter Fraud Commission to 'Go Jump in the Gulf of Mexico'
Next Up: Editor's Pick