Why There Is Crying In Baseball, and Tennis, and Golf, and Soccer ...

As Marin Cilic buried his face in a towel and started sobbing in the middle of the Wimbledon men’s final on July 16, few knew what he was going through better than a man watching the meltdown on TV nearly 4,500 miles away in Florida.

Mackey Sasser never played competitive tennis. But he did spend nine seasons as a major league baseball catcher, and it was during one of them, with the New York Mets in 1990, that Sasser developed a mental hiccup that would haunt him for decades: all of a sudden, he could no longer throw the ball back to the pitcher cleanly. He would cock his arm once, twice, three times and more, before finally letting it go. As fans taunted him by counting out “1 … 2 … 3,” Sasser says, he would cry behind his mask. “I was very fortunate,” he says. “There was something covering my face.”

Cilic wasn’t as lucky. The world saw his midmatch breakdown, which he attributed to realizing that he had climbed to the top of the mountain only to discover he couldn’t reach the summit (partly because of a blister that he said hampered his movement). “It was just that feeling that I wasn’t able to give the best,” Cilic said after the match, which he lost in straight sets to Roger Federer.

We’re accustomed to steely resolve under extreme pressure from our favorite athletes. So a loss of emotional control surprises some fans–and brings out the worst in others. “Get a grip, Cilic,” the provocative TV host Piers Morgan tweeted. “You don’t sob like a baby because you’re losing. That’s pathetic.”

As Sasser well knows, however, there is indeed crying in baseball—-and every other sport—-even if the pros work hard to conceal it. Mary Decker Slaney famously sobbed on the track at the 1984 Olympics; she was the favorite going into the 3,000-m race but fell after tangling her feet with another runner’s. “I worked my whole life for something that was gone in an instant,” Decker Slaney told the Associated Press three decades later. “I’m not ashamed of crying.”

Given how much athletes crave success, the outsize commitment they make to winning, and how devastating it can be to fail, it’s a wonder there isn’t more on-field gushing after defeats. “Emotions start to control the athletes,” says Patrick Cohn, a sports psychologist who works with both youth and professional athletes, “rather than athletes controlling their emotions.”

To experts who help athletes deal with stress, Cilic’s collapse appeared to be an example of catastrophizing–essentially blowing things out of proportion in a way that forfeits control. Sure, Cilic was hurt. But as long as he was healthy enough to continue, he could have convinced himself he had a fighting chance. “It’s much better to minimize obstacles and deal with them in a way that’s calmer and more optimistic than losing control emotionally,” says John Murray, a sports psychologist whose clients include pro tennis players.

But experts also say the rising stakes of pro sports have made it harder for athletes to keep a handle on their emotions, even as it’s become more important. “There’s more money involved, so there’s more pressure,” says Murray. In North America alone, the pro and amateur sports marketplace is expected to grow to $75.7 billion by 2020, according to PwC, up from $52 billion at the start of the decade–a 46% jump. Not surprisingly, the demand for mental coaching is soaring. Many elite individual athletes and most pro and big-time college teams have sports psychologists on their payrolls.

The weight of expectation is particularly heavy at the top. After his loss, Cilic made a point of saying he had disappointed the coterie of family, coaches and trainers who spent months helping him prepare. Such thinking is common in sports. “Eight out of 10 athletes we work with have social-approval concerns,” says Cohn. “Their big source of pressure comes from their interpretation of what others think of their game.”

Watching Cilic bawl from his La-Z-Boy in Florida, Sasser remembered his own struggles on the field and knew deeper issues were at play. “A lot of people thought he was a wimp,” Sasser says. “He’s not a wimp.” The lesson of Cilic’s tears, for both athletes and fans, is the need to work the mind as intensely as the body. 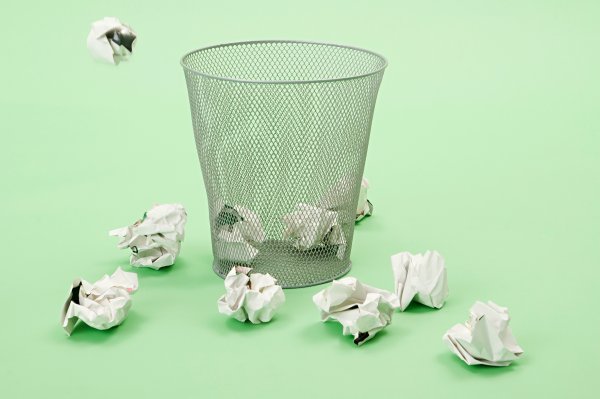 3 Ways to Prevent Yourself From Burning Out at Work
Next Up: Editor's Pick