The GOP Faces a New Crossroads

Even the shrewdest tacticians sometimes misplay their hand. Mitch McConnell’s error came to light in mid-July, when the Senate majority leader, having vowed to deliver on the Republican promise to repeal the Affordable Care Act, found himself abandoned by his own team. With only two votes to spare, the Senate master gambled that he could force through a bill, written in private by only male Senators, that was widely disliked by voters.

In the end McConnell was blindsided. The third and fourth defections, from Senators Mike Lee of Utah and Jerry Moran of Kansas, came without so much as a courtesy call. The Kentuckian swiftly pivoted, announcing the GOP would vote to repeal most of the health care law with a two-year delay, buying Congress time to come up with a workable replacement. This time three female colleagues balked, once again denying McConnell the votes he needed to even begin debate on the plan.

Now the door on the GOP’s seven-year effort to repeal Obamacare appears to be closing. Republicans were left wondering how McConnell played his cards so poorly, how long he is safe in his job and, indeed, whether anyone is capable of leading a party that has so far squandered six months of political dominance in Washington.

The collapse also poses a more immediate question: What happens now, not just for health care reform but for the rest of the Republican agenda? A failure that revealed rifts among the party’s rank and file, congressional leadership and the President will have ripple effects on efforts to rewrite the tax code, revamp regulations and fund much-hyped bridges, roads and airports.

McConnell’s first option is to try again, for the third time in a month, to shape a health care proposal that can attract enough support from the moderate and conservative wings of his caucus to pass the chamber. But the gap between the two factions is vast and appears to be growing. Senator Ted Cruz of Texas cheered the right with a proposal that would scrap many key elements of Obamacare, including regulations preventing insurers from selling bare-bones coverage on the cheap. Moderates oppose the idea, pointing to an insurance-industry report that estimates that a plan like Cruz’s would hike premiums for those likely to need insurance.

Senators Lindsey Graham of South Carolina and Bill Cassidy of Louisiana have pushed a plan to preserve some of Obamacare’s taxes, table proposed changes to Medicaid and distribute $45 billion in federal aid to states to address the opioid epidemic. In an effort to win conservative support, Graham and Cassidy borrowed Cruz’s idea to allow insurers to sell skimpy coverage, while providing state-based safeguards for the sickest patients. The result is a plan that is likely too moderate for conservatives and too conservative for moderates.

A third option–most painful for the GOP–is to work with Democrats to devise narrower fixes to Obamacare. The mere suggestion earned the ire of conservatives, and compromise could be a political liability for Senators who spent years promising repeal to constituents. But it’s possible that Republican leaders, starved for a win, could scrape together enough support from Democrats to pass a plan to bolster faltering insurers, slow the exodus from certain marketplaces and lower premiums. Senate Democratic leader Chuck Schumer says the GOP’s struggles have earned his party a seat at the bargaining table.

It’s an open question whether Democrats would decide, before the midterm elections, that they have an incentive to strike any sort of compromise. But they might agree to a plan that would prop up two pillars of Obamacare: the requirement that all Americans buy health insurance and the promise that government will provide subsidies for lower-income citizens. The idea, championed by former Obama administration officials Ezekiel Emanuel and Kathleen Sebelius but so far no one in Congress, is to stabilize markets while Congress considers moves to slow rising health care costs.

How the White House reacts to what congressional Republicans choose to do next is another unknown. Like McConnell, Trump was caught off guard, having just wrapped a dinnertime strategy session with GOP Senators when news broke of the health care bill’s demise. The President was defiant in the face of failure, saying the next best thing to do would be to let costs continue to climb and blame Democrats. “Let Obamacare fail,” he tweeted. A President who once said health care would be “so easy” learned a hard lesson about Washington: it’s tough to take away entitlement programs.

Meanwhile, the daunting task of tax reform looms, and it’s not getting easier. Powerful factions in the GOP will fiercely protect their cherished carve-outs in the tax code. And a party that’s still without a significant legislative achievement knows the pressure is building. “If we are stalled out” on health care, says a senior White House official, “it will up the ante on tax reform.” After the latest Republican gamble gone wrong, it might not be wise to bet on their next hand.

Write to Philip Elliott at philip.elliott@time.com and Haley Sweetland Edwards at haley.edwards@time.com. 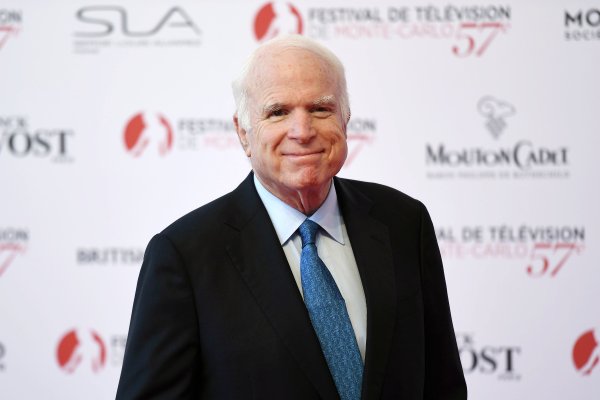