Before going behind the camera on Ozark, Bateman directed two feature films
Netflix
By Daniel D'Addario

Jason Bateman is among the most recognizable TV stars of our time. His dry turn as the harried, dutiful scion to a family of petty crooks on Arrested Development, burnished by endless viewings on Netflix, hasn’t held him back from trying to become something more than just another comic actor.

More may not be more interesting. Bateman’s skill for complicating the good-son act–he’s played up the narcissistic side of his Arrested persona in films like Horrible Bosses and Identity Thief–can go to places that are nasty, venal and real. But they can also be painful to watch. His new series, Ozark, pushes his impulse toward alienation to its furthest limit. Bateman’s portrayal of his character on the show is so nasty, you’ll forget you ever liked him.

But is that much fun to watch, let alone binge? Netflix certainly hopes so. His Marty Byrde is a Chicagoland lawyer whose money laundering for the Mob places his family in mortal danger and forces them all–wife Wendy (Laura Linney) and two kids (Sofia Hublitz and Skylar Gaertner)–to take up residence in the Missouri region that gives the show its name. The greatest threat Marty and Wendy pose may be to each other. Like two betta fish, they seem liable to jaw each other to death as soon as they’re left alone. “Why do you even want me here?” Wendy asks Marty. “Necessity. Not desire,” he replies.

To work, that sort of stagily written melodrama needs stakes about which we truly care. But Marty and Wendy are just greedy, heedless fools who want too much. Their new suburban neighbors are drawn in broad strokes in a too-easy lampoon of an entire social class. Wendy’s condescension in particular feels over the top. Linney’s natural inclination toward moral complication is more than the show deserves. She makes you believe that Wendy really believes she’s better than her surroundings, despite her complicity in Marty’s crimes. But she can’t make you agree with her assessment.

Bateman directed some of Ozark‘s episodes and executive-produced the series in what seems to be a bid at complete reinvention. Yet I took his work on Arrested–soon to be revived for a fifth season again on Netflix–far more seriously. It takes real chops, timing and a realistic perception of oneself to make someone laugh. To make a contemporary TV drama that’s taken seriously enough to get funded for 10 episodes in an era hungry for content, you can pretty much leave the ideas behind.

Ozark is streaming on Netflix now 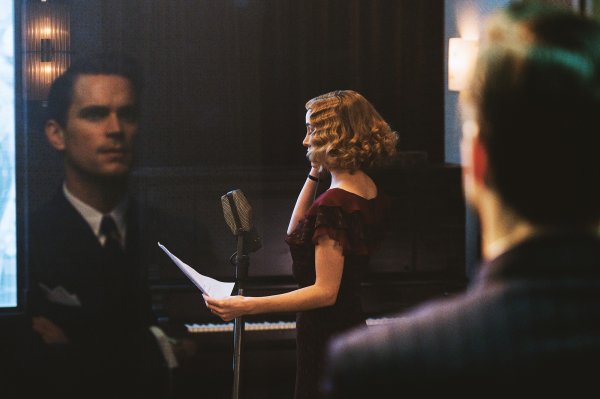