Ram Nath Kovind, a veteran politician from Prime Minister Narendra Modi’s Bharatiya Janata Party (BJP), is set to become India’s next President. Results on July 20 were expected to confirm his victory, thanks to the BJP’s strength in India’s Parliament and state legislatures, which make up the electoral college for the largely ceremonial post. Here’s what to know about him:

Kovind is a Dalit, from the lowest rung of the Hindu caste hierarchy. Historically oppressed by higher-caste Hindus, Dalits account for more than 16% of the population and are now viewed as a valuable bank of voters by the country’s leading political parties. Kovind’s election would make him India’s second Dalit President, after K.R. Narayanan in the late 1990s.

Hindu nationalist mobs have launched attacks on Muslim and Dalit communities in recent months over the issue of cow worship. Many Hindus view the cow as sacred, but many Dalits eat beef. Although Modi has condemned the attacks, critics say the BJP has not done enough to rein in its hard-line base. Kovind’s election could help the BJP woo Dalits in upcoming state elections.

Kovind’s presidency could also help Modi in his bid for re-election in 2019. Announcing Kovind’s candidacy, Modi highlighted the “humble background” of this son of a farmer and said his would be a voice for the “downtrodden.” This fits in with the BJP’s efforts to court poorer voters in rural India as GDP growth slows, young Indians struggle to find employment and Modi’s appetite for meaningful economic reforms is under scrutiny. 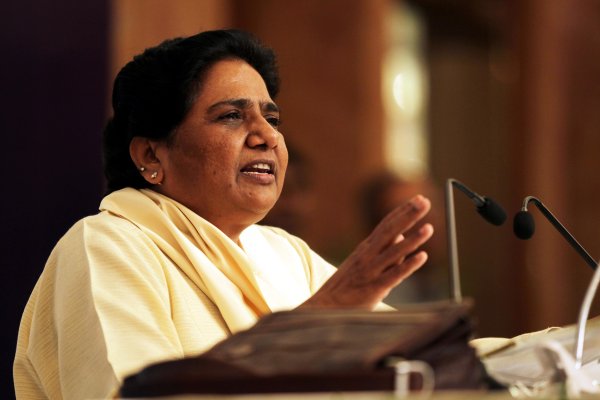 Lawmaker Representing India's Poor Quits After Being Quieted
Next Up: Editor's Pick