'Cancer Doesn't Know What It's Up Against': Leaders React to John McCain's Diagnosis

Politicians from both sides of the aisle have shown an outpouring of support for Arizona Senator John McCain, who has been diagnosed with brain cancer following an operation to remove a blood clot from his left eye.

Democrats and Republicans alike praised McCain’s military service and wished him a full and speedy recovery. Here’s how a few friends and colleagues reacted to the news of his illness:

Former President Barack Obama, who ran against McCain in the 2008 presidential race, was among the first to respond, calling the decorated veteran “an American hero.”

As did his predecessor, former Vice President Joe Biden.

Former Secretary of State and 2016 Democratic presidential candidate Hillary Clinton said McCain “is as tough as they come,” followed shortly by a message from her husband, former President Bill Clinton.

McCain’s running mate during his presidential bid, former Alaska governor Sarah Palin, wrote in a Facebook post: “John McCain is one tough fighter – we know he’ll face this diagnosis with courage and strength. Our family continues to lift John and his family up in prayer.”

House Speaker Paul Ryan said in a statement that McCain had “earned the admiration of the entire nation,” and offered prayers from his family and the House of representatives. “All of us, not as Republicans or Democrats, but as Americans, are behind him,” Ryan wrote.

Here are a few more words of support from McCain’s fellow members of Congress, past and present: 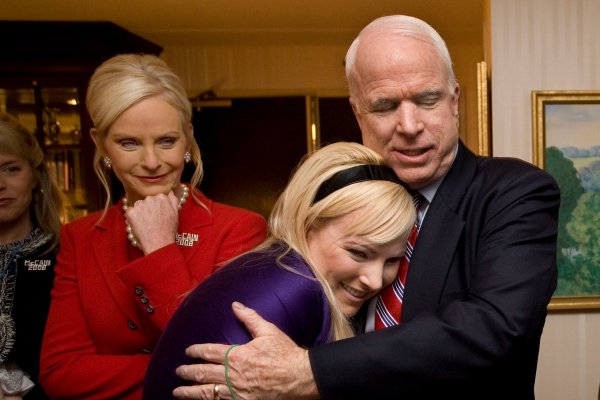 John McCain's Daughter: 'He Is the Toughest Person I Know'
Next Up: Editor's Pick