Ideas
By Ian Bremmer
Bremmer is a foreign affairs columnist and editor-at-large at TIME. He is the president of Eurasia Group, a political-risk consultancy, and GZERO Media, a company dedicated to providing intelligent and engaging coverage of international affairs. He teaches applied geopolitics at Columbia University’s School of International and Public Affairs and his most recent book is The Power of Crisis

As I first revealed this week, it turns out there were two meetings between U.S. President Donald Trump and Russian President Vladimir Putin during which we know little about what was discussed. But what little we do know is troubling enough.

Trump may have gotten played

Donald Trump likes to talk, even when he shouldn’t. That was fine when he was a private citizen. But as President, even his offhand remarks carry the weight of official policy. Americans are still adjusting to this new reality; so are his foreign counterparts.

The problem isn’t that Trump just says whatever comes to his mind. It’s that he says things people want to hear without fully understanding the implications and what comes next.

Take Trump’s recent trip to Saudi Arabia. He lands in Riyadh and tells the Saudis what he believes will make them happy: Iran is evil, and Iran-friendly Qatar is a problem. The Saudis feel emboldened, they impose a political and economic blockade on Qatar, which is home to the largest U.S. military base in the Middle East, and the Middle East is suddenly embroiled in a huge fight. Defense Secretary Jim Mattis and Secretary of State Rex Tillerson are then sent in to clean up the mess. It’s a challenging job made even more difficult by the fact that people don’t actually know whether they speak for the President.

Putin is good at these games; he’s been playing them for nearly two decades. Trump has been in office six months. When Trump meets Putin, he should have friends on his side of the table.

Tale of the tape

That second meeting took place between Trump, Putin, and a Russian interpreter. That’s it. No other American staff members were in attendance, which is a breach of protocol, though Trump could clearly care less. Much more concerning is the fact that the entire conversation between the two heads of state is predicated on the trustworthiness and abilities of the Russian translator — a translator who owes his allegiance to Putin and Putin alone. For all we know, Trump may have been having a completely different conversation than the one he thought he was having.

More to the point: Trump has put himself in a compromising position. If he said something that he doesn’t understand could be used against him or the United States, the Russians can leak it. They could even have a recording of the conversation. And what happens if the Russians accuse Trump of saying something he didn’t actually say? Without Americans there to corroborate, it’s effectively Trump’s word against that of the Kremlin. And let’s be honest—few in today’s media landscape will give Trump the benefit of the doubt.

G20 members were already worrying about Trump; they’ve been worrying about Putin for years. The summit in Hamburg gives the rest of the G20 leaders good reason for concern. While others couldn’t hear even the subject of the conversation between Trump and Putin, they could see the friendly body language and the personal chemistry between them, which was apparently far warmer than Trump enjoys with any traditional U.S. ally. What’s Trump offering Putin, they might well wonder?

Never in my life as a political scientist have I seen two countries with such conflicting interests have leaders go so far out of their way to keep a personal relationship warm. You can bet that none of the other participants in Hamburg have, either. If nothing else, having this second meeting with Putin in full view of all other participants just made Trump’s relationship with those remaining allies that much more difficult.

Trump has lied a lot, about things both small and big. He’s lied about the crowds at his inauguration, and he’s lied about Michael Flynn. Demonstrable falsehoods fly out of the White House at a steady clip, most recently in defense of Donald Trump, Jr.’s meeting with a Kremlin-connected lawyer (among others) during the campaign.

Some of these lies will lead to absolutely nothing; others may lead to something more. But too often the world learns what the Trump team has been up to only when someone leaks details to the media. When it comes to Trump and Russia, even if there’s not yet a visible fire, investigators and the media are at serious risk of death by smoke inhalation.

Maybe Trump himself didn’t collude with the Kremlin, but maybe a family member did. This is pure speculation at this point. Whatever the Russia connection is, the unwillingness of Trump and those around him to come clean until secrets spill out into the open is damning. Trump has attacked as many U.S. allies as rivals. Russia is the one country Donald Trump will not criticize under any circumstances, and there has never been a good explanation why.

This meeting doesn’t officially matter, which makes it matter more

We’ve already gotten conflicting accounts of what happened in the first, official meeting between Putin and Trump, a gathering that also included Russian Foreign Minister Sergei Lavrov and Secretary of State Rex Tillerson, in addition to two translators. The official readout of this meeting was relatively light, and most analysis has focused on whether Trump forcefully confronted Putin on Russia’s election tampering.

But there have been interesting developments since then. The U.S. and Russia have been in talks about the possible return of two Russian properties suspected of being used in surveillance activities, which the U.S. seized in response to the election hacks. Just this week, the Russian foreign ministry insisted on the “unconditional return” of these properties.

The bottom line: After all the memory lapses, evasive excuses, and conflicting accounts of contact, Trump-Russia relations is a subject on which this White House has zero credibility. 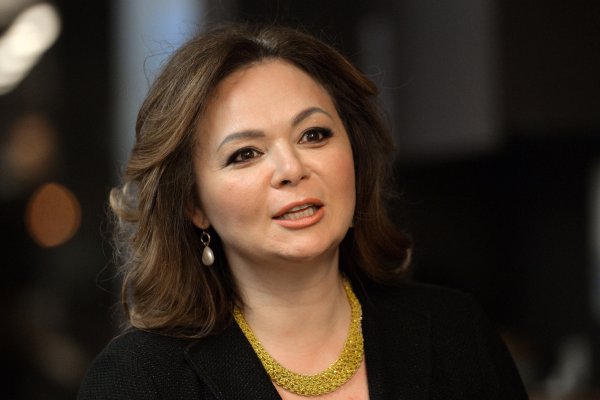 So Who Are the Russians In Trump Jr's Emails?
Next Up: Editor's Pick