No, Ed Sheeran Didn't Delete Twitter Because of His Game of Thrones Cameo

Ed Sheeran shocked his fans when he deleted his Twitter account Monday, leaving many to wonder whether some of the negative comments he received about his surprise cameo on Sunday night’s season 7 premiere of Game of Thrones drove him off the popular social media site.

But the 26-year-old “Shape of You” singer made it clear that those two things were not related in a passionate Instagram post Wednesday.

“Timing was just a coincidence, but believe what you want,” Sheeran continued.

His words came attached to a photo of the singer holding his manager’s hand while on the tarmac at Hartsfield–Jackson Atlanta International Airport. “Here is an unrelated picture of me and my wonderful manager riding off into the sunset together,” he joked.

While Sheeran’s handle disappeared off the popular site late Monday and reappeared Tuesday evening with a note — I don’t use this anymore, please follow me on @teddysphotos on instagram, lots of love x — he remains active elsewhere. The day he went dark from Twitter, he posting a photo on Instagram with girlfriend Cherry Seaborn while “climbing mountains in Peru.”

As his Sheerios surely remember, Sheeran has had a complicated relationship with social media and Twitter specifically — telling The Sun in an interview published July 3 that he “can’t read” Twitter anymore due to the negativity.

He clarified his comments on Today days later, explaining ‘I don’t even go on Twitter anymore.’ ”

“I’m just not going to wake up and read something and be like, ‘Well, that’s rude,’ ” he said. “I don’t want to choose to do that anymore. …There’s so much positivity out there. As a human being, we always read the one negative one and ignore the others, and I don’t want to do that. It’s just foolish to do when there’s love out there in the world to look at the negative stuff. I’m just choosing not to read it.”

Sheeran told The Sun that he still finds that a troll can bring him down.

“One comment ruins your day,” he shared. “The head f— for me has been trying to work out why people dislike me so much.”

It’s unknown whether Sheeran’s character on Game of Thrones will return for a future episode. But the British pop star will be back on TV soon — voicing a musician on an upcoming episode of The Simpsons.

He’s also currently on tour in support of his latest album, ÷, which was released in March. 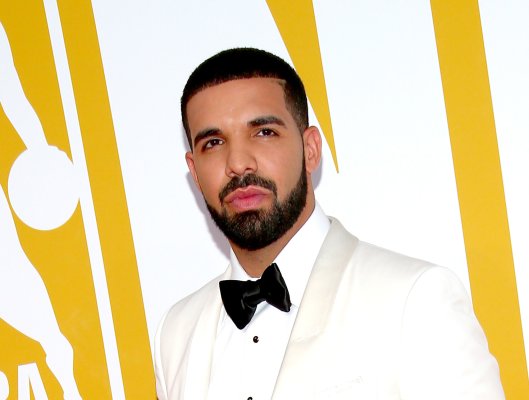 Drake Would Very Much Like You to Know He's Still Making Money From Degrassi
Next Up: Editor's Pick