It's Not Just Game of Thrones. Winter Has Always Made a Difference in War

Warning: This post contains spoilers for Season 7 of Game of Thrones

As the seventh season of Game of Thrones drew to a close on Sunday night, a falling snow and a falling wall helped bring to fruition a promise fans have kept in mind from the show’s very beginning: winter is coming. The change of seasons will surely affect the military plot of the episodes that remain for Season 8 — and as is typical for Thrones, the impact of the cold reflects a real concern from military history.

Everywhere there are seasons, from Ancient Rome to Civil War-era Missouri, those patterns have affected military history. Fighting when it’s too hot, too cold, too wet or too dry can spell the end for an army. The effect of winter in the medieval period in much of Europe — the time from which much of the real-world inspiration for the fantasy series is drawn — is no exception.

Clifford Rogers, a professor of military history at West Point and editor-in-chief of The Oxford Encyclopedia of Medieval Warfare and Military Technology, tells TIME that warfare was very much a seasonal activity back then. Typically, an army would gather in the spring, invade in the summer, do what they could into the fall, and then break up in the winter, either disbanding or heading to smaller winter camps.

“It wasn’t a lot of fun to be out campaigning in the winter,” Rogers says — especially because the majority of lower-level troops would be stuck without even a tent.

The fact that campaigning in the winter was not fun mattered more at the time than it would later on. In many places, throughout much of the period, states were not strong enough to compel citizens to serve. Though there were plenty of reasons someone might choose to fight, from the King’s pleasure to the promise of loot, soldiers could in many cases choose whether or not to do so and for how long. Facing cold and snow, that calculation could easily change. For example, Rogers says, when Edward III of England tried to raise a wintertime army to fight the Scots in the 1330s, the men he summoned just didn’t show up; he ended up having to wait till spring.

But the unpleasantness of the winter wasn’t the only factor. In an agricultural society, the rhythm of the year was a matter of life and death. Disrupting the farming cycle with war could lead to famine and, perhaps more pertinently, the ease of supplying armies with food and fodder varied throughout the year. Armies often dispersed in the winter so that the demands of feeding them would be spread out, but men were not the main concern.

“Medieval warfare was so dependent on horses, and horses eat a lot,” Rogers explains, adding that horses could consume ten times as much food, by weight, as a man. In the warmer months they could eat grass and grain found wherever the armies had to go. In the winter, however, horses could only eat food that had been cut and stored in advance. Even civilian farmers tended to slaughter livestock in the fall precisely to avoid having to save so much fodder for animals, and that was without the transportation needs demanded by a military campaign.

And, as the Middle Ages continued, the impact of horses on that decision only grew: Stronger fortifications around cities meant that the likelihood of a siege increased, and so did the likelihood that food would be pulled behind the wall where it could not be pillaged. Charles Oman’s 1885 text The Art of War in the Middle Ages explained that one of the reasons why sieges worked well during that period was that an attacking army couldn’t generally stay together over the winter, which meant that a defensive retreat behind walls had an end date built in. If the defending forces could just stick it out till the offensive side had to give up, that was a win.

But that’s not to say that nobody ever fought in the winter.

For example, Henry V’s 15th-century Siege of Rouen lasted over the winter; the King famously sent food to his besieged enemies on Christmas.

A wintertime battle could even become famous as the exception to the seasonal rule, explains Robert Rouse, who teaches medieval literature at University of British Columbia. For example, the Battle of Towton — part of the War of the Roses, a recurrent George R.R. Martin reference point that’s thought to be the bloodiest battle in British history — was fought on a snowy day in March of 1461. As George Goodwin points out in his history of that battle, the snow and sleet made it nearly impossible to depend on archers, and (in one gory detail) warm blood could cause snow to melt, thus to refreeze as treacherous ice.

Rouse also points to an example from literature: in Sir Gawain and the Green Knight, Gawain decides that fighting dragons and wolves is nothing compared to “when the cold clear water was shed from the clouds, and froze ere it fell on the fallow ground.”

In more recent centuries, though weather is not a negligible factor for military success, the impact of the winter has waned. Agricultural improvements meant it became easier to build up a surplus to feed armies during the lean season, and when motorized vehicles replaced horses the amount that needed to be stored shrank immensely. Railroads, Rogers says, did the most to make war possible year-round, as supplies could be moved long distances no matter the season.

And as for the need to convince soldiers to fight despite cold and snow, professional armies and stronger states eventually meant that fighting was no longer as much of a choice. In the French Revolution period, for example, agricultural surpluses and the declining influence of the cavalry meant that campaigns were pushed through the winter — and men had good reason to want to be there when the fighting was happening.

“Miserable as it was,” Rogers says, “to be out campaigning in winter was better than to be guillotined.” 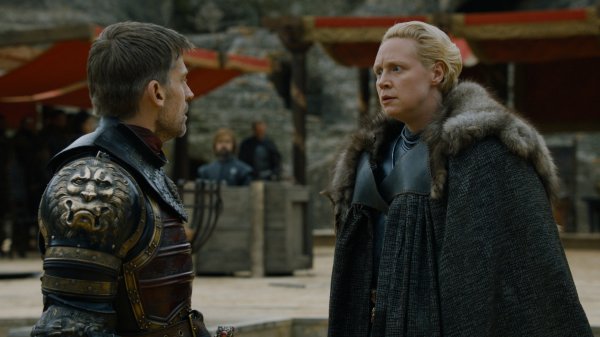 These Memes Capture All Your Feelings About the Epic Game of Thrones Finale
Next Up: Editor's Pick