Ballard is the protagonist of Connelly’s newest book, The Late Show, which was released last week. She’s a detective on the midnight shift, which is usually reserved for those “who had run afoul of the politics and bureaucracy of the department.” Ballard gets assigned the shift after filing a sexual harassment claim against her boss.

Motto spoke to Connelly about creating a new character, feminism and women in the workplace.

Motto: The Late Show is your 30th book. Why write a female lead now?

Connelly: I just thought I should do something different. I hadn’t created a new character in eleven years since the first Lincoln Lawyer book, so it was about time. I turned 60. It’s unknown how many years you have left to do this, but I wanted to try to start another series before I was finished writing.

I try to surround myself with the people who do the jobs I write fiction about. Detectives, defense attorneys and so forth. One of them, Mitzi Roberts, is a homicide detective for the LAPD. She helps inspire my books because she’s usually assigned to key cases in L.A. More importantly, she’s one of the consultants on the TV show Bosch. I’ve gotten pretty close to her over the last four years as we’ve been producing the show and she revealed that before she was a homicide detective, she was on the midnight shift in the Los Angeles Police Department’s Hollywood bureau, known as the Hollywood Division. I started gathering anecdotes from her about it. There are aspects of it that really appealed to me. You’re not just a homicide detective, a robbery detective — you do everything. Anytime they need a detective after midnight, you roll on it. Big and small: the old man who didn’t come home and is lost somewhere in the neighborhood to a shooting to sexual assault. That variety lends itself to an interesting series.

Do Roberts’ stories — or stories you hear from other detectives — help shape the plot line of the book?

I was a journalist for 14 years before [I started writing fiction], and I still feel I am. I don’t really feel I’m a creative genius, I think I have a skill at collecting stories big and small and fitting them together like a mosaic. Almost everything comes from real life. I’ll put a little bit of a fictional spin on it to protect the guilty.

Have you ever faced criticism for never having a female protagonist before?

I’ve had several strong female characters. Technically this is my first female detective lead. I’ve written a novel, Void Moon, about a woman who was a burglar and she was a lead. I’ve written “two-handers” — where two characters are given roughly equal space — about an FBI agent Rachel Walling who has been in probably five of my books. It’s not completely new territory. It’s a little artificial to act like this is a massive change.

How did you get into Renée Ballard’s mind while writing The Late Show?

The one word that characterizes Bosch has always been “relentless” in my mind. My one word for Renee was “fierce” and that came from me knowing Mitzi Roberts, who inspired whole thing. She’s fierce, she’s determined.

A lot of male characters mansplain to Renée, call her “crazy” and tell her they need to “salvage” situations she allegedly messed up, but didn’t. Was this based on knowledge you’ve gleaned over the years about what it’s like for women in police departments?

Police work is male-dominated. I’ve known Mitzi eight or 10 years and I had some inklings of it. But to write about this I needed to know what it’s like. That was part of the research process and part of my discussions with her. Everyone knows it’s there, but it really opened my eyes to hear her talk about the pushback women face and her having to do more than most men to prove herself. She has done that and accomplished that. She has risen to the top of her chosen profession, homicide work, which has the greatest stakes because there’s a killer out there. She has a male partner who’s at the top of his game, but I think she had to climb extra steps to get there.

Much of the novel focuses on sex and sex crimes. How did you make sure you wrote those scenes accurately and sensitively?

There’s a scene at the Rape Treatment Center (RTC) and [while writing it] I was constantly texting and calling Mitzi and she vetted it. I never have been in that RTC examination room, but she has with victims. I ended up rewriting and changing dialogue based on her experiences. Largely the cases for a detective on the midnight shift are sexual batteries and lots of domestic violence.

Why choose a sexual assault claim against her boss the central plot? She ends up being a pariah in the department.

Well, I wanted her to be cast as the pariah but to find her home on the midnight shift. It’s not an official punishment to get transferred, but police bureaucracies have ways of unofficially punishing. There’s a line in the book, “The nail that sticks out will get pounded down.” I wanted to write a story about that: the nail refused to be pounded down. She found fulfillment being posted in the position that most people wouldn’t accept. Instead of saying “I’m out of here” she made it her own and refused to give up cases when the sun came up. It shows what she’s made of.

Detective Ballard’s dad died in a surfing accident and Bosch’s mom got murdered. The parentless hero is a trope we see in a lot of fairy tales. Was that a deliberate decision that you made in creating all these characters?

Yeah, maybe because it’s the opposite of me. I guess I’m exploring what could’ve been. You do delineate characters by the challenges they face. They’re not just the present challenges, but the challenges of life. Some of them are psychological barricades they have to get around and understand. The more you can put them into a character, the more you can make that character show what they got to the reader. I’ve chosen not to write stories about people who are well-rounded and have the nuclear family.

The other aspect of that is asking why do people commit crimes? Often it’s because of breakdown of family when they were younger that set them on a path. I always like to try to balance that where everyone whose had a broken family doesn’t end up being a criminal. Some of them end up being dedicated detectives and pursuing noble things.

I’m curious if you consider yourself a feminist?

I don’t really think about it. I think there’s aspects of that in this book, but if I went into that with that as my agenda, the book would’ve been didactic. That’s the last thing you want, especially in a crime novel. I have three sisters, I’m married and everyone on my publishing team from editor to manager to digital manager is a woman and they’re all very strong. Hopefully that has rubbed off on me and made me aware and accepting. It feels weird talking about it. 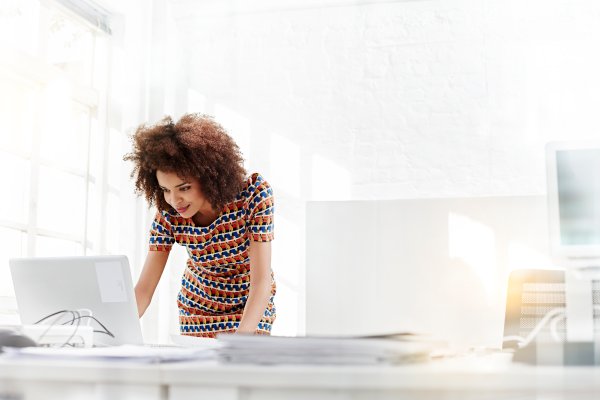 5 Career Lessons It's Never Too Late to Learn
Next Up: Editor's Pick