How Social Media Got WWE Wrestling to Ditch the Term 'Diva'

You can thank social media for changing how World Wrestling Entertainment portrays women.

In a nod to larger-than-life personalities like soul singer Aretha Franklin, the WWE once referred to female wrestlers as “divas,” McMahon explained. The sports entertainment company even debuted in 2008 a Diva’s championship belt, which contained an oversized image of a butterfly with several different shades of pink.

But a new wave of female athletes also emerged, like tennis superstar Serena Williams and mixed martial artist Ronda Rousey, who captivated popular culture and put women athletes in the same spotlight as their male counterparts, she said.

WWE fans began criticizing the company via Twitter and asking it to change its portrayal of women wrestlers, which seemed out of touch with mainstream culture. Eventually, Twitter users created the hashtag “GiveDivasAChance” to call attention to their concerns about wanting women featured in more prominent storylines and ask that women get the same amount of television airtime as male performers, McMahon said.

The “GiveDivasAChance” hashtag “trended worldwide for three days,” said McMahon, which eventually led to her father and WWE chairman and CEO Vince McMahon to tweet back at fans saying that the company was listening.

Since then, the WWE dropped the term “diva” and now calls both women and male professional wrestlers “superstars,” McMahon said. The WWE reality show Total Divas, which portrays the semi-real lives of some of its female entertainers, still carries the diva term in its title, McMahon said.

The culmination of the rebranding came during the company’s flagship Wrestlemania event in 2016, when Lita, one of the WWE’s most successful female wrestlers during the late 1990s and early 2000s, introduced the new WWE Women’s Championship, sans the word “diva.” WWE changed the look of the title belt “from the design of a butterfly to someone more akin to the men’s belt,” McMahon said.

McMahon said that women professional wrestlers are now “a focal point for our programming,” underscoring how vocal WWE fans on social media can influence the company. 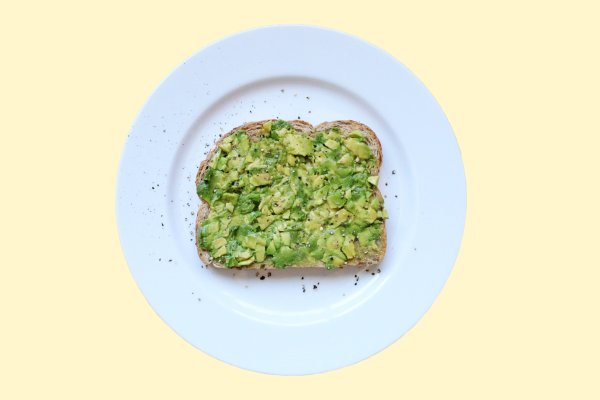 Americans Spend $900,000 Per Month on Avocado Toast
Next Up: Editor's Pick