In 2016, 39 Americans were struck and killed by lightning. In the same year, there were four documented cases of voter fraud. That’s right. You’re more likely to see someone fatally struck by lightning than witness a case of in-person voter fraud.

Study after study after study has debunked the myth of “voter fraud.” So why is President Donald Trump spending taxpayer dollars on a voter fraud commission? The answer is simple: This is a propaganda factory for justifying the Republican Party’s broader voter suppression efforts.

As the commission meets in Washington, D.C. today, there seems to be no limit to how far Republicans will go to disenfranchise certain voters. Instead of working to convince voters to support their policies, they’re working systematically to suppress the fundamental democratic rights of the American people.

We saw this in Texas where a court recently ruled that the Texas Republican legislature blatantly designed redistricting maps to exclude Hispanic voters. And after Republicans passed a voter ID law in North Carolina citing “voter fraud” as their reason, the court described the law as an effort to “target African-Americans with almost surgical precision.” And now their strategy has the weight of the executive branch behind it.

This isn’t a war on voter fraud. It’s a war on voters — and it’s only being waged by Republicans. According to the Brennan Center for Justice, 14 states added new restrictions on voting that went into effect for the 2016 election. None of them were signed by Democratic governors.

Thankfully, the judicial system has continued to see these voter suppression tactics for what they are: a disgraceful attack on African Americans, Latinos, working families, students, first-generation Americans and the elderly.

But our courts must not be the only institutions where voting rights are protected. This is why the Democratic National Committee is launching short- and long-term plans to ensure every eligible voter is afforded the opportunity to cast their vote easily and without intimidation or restrictions.

First, we have taken the unprecedented action of creating a special DNC commission to specifically address and combat Trump’s. We’ve asked former Missouri Secretary of State Jason Kander and Alabama Congresswoman Terri Sewell to lead our effort. Their mission will be to expose the White House’s voter-suppression scheme and correct the record with facts.

Second, we are expanding our Civic Engagement and Voter Participation Department at the DNC. The department’s focus has always been tracking and combatting any efforts to disenfranchise voters, while promoting best practices for champions of voting rights and providing legal resources to make it easier for eligible voters to register and cast their ballots. In the past, we’ve maintained a library of resources campaigns can access, including a voter’s bill of rights, state-by-state votinginformation handouts, and tips for campaigns to ensure that they’re reaching as many voters as possible.

To expand those efforts, we’ll be working with organizers to boost voter registration and legal experts to protect each and every voter’s rights, regardless of party. We’ll also reinforce our state parties with voter-protection staff who can be deployed at a moment’s notice wherever and whenever needed to ensure that voter rights are not being suppressed on Election Day or throughout the year.

And we will re-imagine and re-launch our DNC Voting Rights Institute with lawyers, advisors and experts from every corner of the country — encouraging the establishment of chapters in every state and territory. We’ll work to advise campaigns as they fight voter suppression cases in court, and we’ll support candidates for secretary of state, attorney general, and other election offices that are committed to protecting the integrity of our democratic process by ensuring fair and impartial elections. We’re also planning to set up a year-round hotline that voters can call to find information about voting in their state or report instance of voter suppression.

We can’t afford to let down our guard for a moment, because the difference between Democrats and Republicans on the issue of voting rights could not be clearer. As Republicans try to trample on our most sacred freedoms, Democrats will do everything we can to end discrimination and protect the one right that preserves all others — the right to vote. 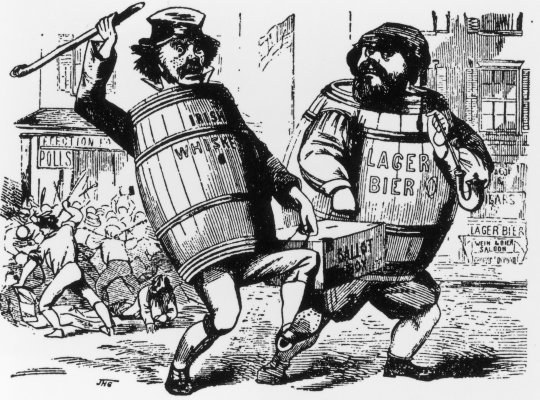 Non-Citizens Used to Be Able to Vote in U.S. Elections. Here's What Changed
Next Up: Editor's Pick