Iconic Indian Lawmaker Representing the Poor Quits After Being Quieted

One of India’s most prominent female politicians and a top representative of the country’s Dalit, or lower caste, people has resigned from her parliamentary seat in protest after being told to cut short a speech to upper house lawmakers.

Mayawati Kumari alleged that she was muzzled Tuesday while speaking out about alleged abuses committed against Dalits in the northern province of Uttar Pradesh, where she formerly served as chief minister, The Hindu reports. She was addressing lawmakers on recent clashes in the town of Saharanpur, where two people were reportedly killed in caste-related violence.

The deputy chairperson of the Indian parliament, P.J. Kurien, reportedly told Mayawati not to “monopolize” the discussion after she exceeded a three-minute allotment for impromptu speeches. The Hindu reports that she then warned of abandoning her seat if she was “not allowed to speak on atrocities against Dalits.”

Some members of opposition parties showed support by walking out of the parliament with her as she left, reports the BBC. Shortly after walking out, she tendered her resignation. Her abrupt departure could mark the end of her long political career, according to the BBC, as her popularity among voters is floundering and polls will not be held again for almost year.

Many members of India’s mostly poor lower castes self-identify as “Dalit,” a term that is not officially recognized by the Indian government. They are also sometimes referred to as “untouchables,” and are ostracized by much of society. Mayawati is one of few politicians to represent the group on the national stage, and as such has earned the status of icon among millions of Dalits. 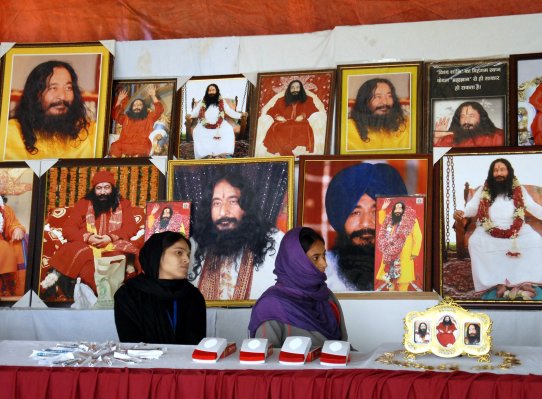 Indian Guru's Followers Win Case to Keep His Body In a Freezer
Next Up: Editor's Pick