GOP Senator Slams Obamacare Repeal Bill: 'I Did Not Come to Washington to Hurt People'

“As I have said before, I did not come to Washington to hurt people. For months, I have expressed reservations about the direction of the bill to repeal and replace Obamacare,” Capito said in a statement Tuesday. “My position on this issue is driven by its impact on West Virginians,” she continued. “With that in mind, I cannot vote to repeal Obamacare without a replacement plan that addresses my concerns and the needs of West Virginians.”

McConnell said in a statement Monday night that since the Obamacare repeal bill did not have the necessary votes, the Senate would instead take up the debate and vote to repeal Obamacare. Capito said in a tweet she couldn’t do that unless replacement legislation was proposed.

Capito was not one of the three Senators who refused to support the Senate’s revised version of the House health care overhaul bill, leading McConnell to conclude he did not have the votes on a motion to proceed. Capito, however, never announced she would support the bill and came out against the original version, expressing reservations about the lack of funding for substance abuse recovery programs and the reduction in Medicaid spending.

“I have serious concerns about how we continue to provide affordable care to those who have benefited from West Virginia’s decision to expand Medicaid, especially in light of the growing opioid crisis,” Capito said in her statement Tuesday. 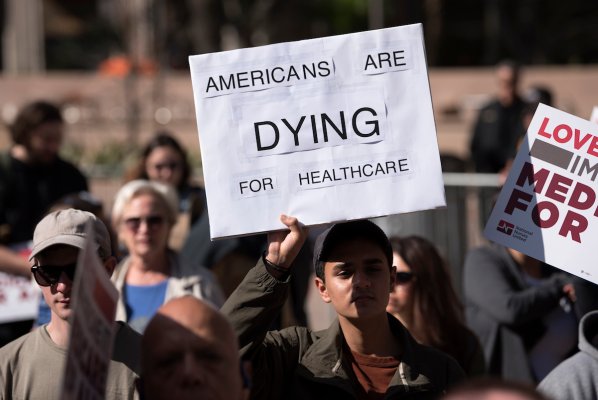 The American Health Care System Has Lots of Problems. Here's When They Started
Next Up: Editor's Pick