The Republican 'Plan B' on Health Care Is Falling Apart

A fallback Republican plan to repeal the Affordable Care Act before working on its replacement is already dead.

After enough Republican senators opposed the Better Care Reconciliation Act Monday to keep it from moving ahead, President Trump urged lawmakers to just repeal Obamacare and then work on a replacement law.

But that Plan B quickly faced its own problems from a trio of Republican women.

Sen. Shelley Moore Capito of West Virginia came out against repealing the law first in a statement Tuesday, saying she “did not come to Washington to hurt people.” Sen. Susan Collins of Maine has long been opposed to that plan, arguing that the American people need to know “what direction we’re headed,” and voted against a similar move in 2015. And Sen. Lisa Murkowski of Alaska said she would vote no as well.

Because of Republicans’ narrow majority in the Senate, leaders could only afford to lose two votes.

Other Republican senators were also skeptical about the move.

Sen. Rob Portman of Ohio sounded skeptical about a repeal-only bill on Tuesday, arguing that it would “add to more uncertainty.” Sens. Bob Corker of Tennessee, Rand Paul of Kentucky and Tom Cotton of Arkansas have voiced concerns in the past, while Sen. John McCain of Arizona is away from the Senate recuperating from surgery.

Speaking in the Roosevelt Room, Trump said Tuesday that his plan now was to “let Obamacare fail.” 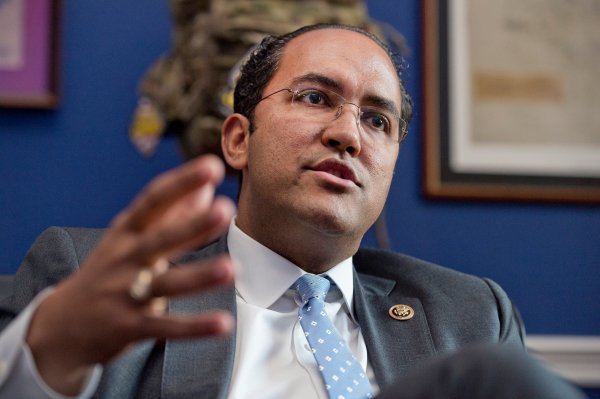 GOP Congressman: I Wouldn't Have Attended the Russia Meeting
Next Up: Editor's Pick