In many states, local police can seize money and property from suspected criminals, even if they are never charged or convicted. Allegations of abuse of this practice have led conservatives and liberals to join together to call for reform.

But this week Attorney General Jeff Sessions said that he instead wants to increase asset forfeiture, including a form called adoptive forfeiture where law enforcement agencies let the federal government step in when state law restricts it.

“We hope to issue this week a new directive on asset forfeiture—especially for drug traffickers,” Sessions said Monday in prepared remarks before the National District Attorneys Association. “With care and professionalism, we plan to develop policies to increase forfeitures. No criminal should be allowed to keep the proceeds of their crime. Adoptive forfeitures are appropriate as is sharing with our partners.”

The announcement drew swift condemnation from both President Obama’s attorney general, Eric Holder, as well as Republicans in Congress.

Republican Reps. Jim Sensenbrenner and Darrell Issa introduced legislation earlier this year to reform the forfeiture process by allowing claimants to more easily contest seizures and raising the burden of proof for the government, among other measures. Sensenbrenner told TIME that Sessions’ directive was wrong.

“This is a step in the wrong direction and I urge the Department of Justice to reconsider,” he said. “I am a huge supporter of criminal asset forfeiture – the seizure of property after the conviction of crime—but with civil asset forfeiture, law enforcement has a direct economic incentive to take people’s property without ever even charging them with a crime. We need to add more due process to forfeiture proceedings. Expanding forfeiture without increasing protections is, in my view, unconstitutional and wrong.”

The Justice Department did not respond to request for comment about the directive. The plan, released Wednesday, includes adoptive forfeiture.

Asset forfeiture became popular in the war on drugs of 1980s as a way to disrupt operations of drug cartels “so they don’t profit off of their wrongdoing,” explains Louis Rulli, a professor at University of Pennsylvania Law School.

But civil asset forfeiture allows the government to seize money and property from people simply suspected of crimes—they don’t need to have been convicted or even charged with one.

In March 2017, the Justice Department’s Office of Inspector General released a report on asset forfeiture which found that since 2007, the DEA, which is responsible for 80% of the department’s cash seizures, has taken $3.2 billion from Americans never charged with a crime. And the report didn’t find evidence that these forfeitures necessarily helped stop criminal activity.

“We found that the Department and its investigative components do not use aggregate data to evaluate fully and oversee their seizure operations,” the report says, “or to determine whether seizures benefit criminal investigations or the extent to which they may pose potential risks to civil liberties.”

These concerns are why people on both sides of the aisle worry that the procedure has become draconian and unfair to average citizens. Steps have been taken by the Justice Department and Congress in recent years to curb the practice rather than increase it. As Attorney General, Holder worked to limit the adoptive forfeitures that Sessions mentioned Monday. In adoptive forfeitures, a state government with tighter local rules on forfeiture can take assets and give them to the federal government to officially seize it under federal law, and the federal and state governments then split the proceeds.

Republican senators Rand Paul, Mike Lee and Ted Cruz have also all been proponents of asset forfeiture reform in the past, as has conservative Justice Clarence Thomas.

“The Fifth Amendment protects us from the government depriving us of our property without due process of law,” Paul told TIME. “I oppose the government overstepping its boundaries by assuming a suspect’s guilt and seizing their property before they even have their day in court.”

Lee agreed, and cited a recent Supreme Court order. “As Justice Thomas has previously said, there are serious constitutional concerns regarding modern civil asset forfeiture practices,” Lee said in a statement to TIME. “The Department has an obligation to consider due process constraints in crafting its civil asset forfeiture policies.” In a filing earlier this year, conservative Justice Clarence Thomas wrote that asset forfeiture “has led to egregious and well-chronicled abuses” and that “these forfeiture operations frequently target the poor and other groups least able to defend their interests in forfeiture proceedings.”

Some states have enacted their own reforms, Vox reports: in New Mexico and North Carolina a suspect must be convicted of a crime before his or her assets can be absorbed by the state, and in California a suspect has to be convicted before forfeiture for seizures worth up to $40,000. “Frankly, the Attorney General’s remarks are out of step with where the country is going,” said Rulli.

But asset forfeiture is used at the state level to fund police departments—Sessions and President Trump have both been vocal about the need to strengthen the nation’s police—and it will help the Justice Department crack down on drugs, one of Sessions’ primary interests. In fact, because the government doesn’t need to file criminal charges to take someone’s money, property or other assets under this program, Sessions could even use it to hamper the sale of marijuana in states where it’s legal.

“I think there’s a real fear of that so long as [marijuana] remains illegal under federal law,” Rulli says. Someone operating a dispensary in a state where the drug is legal could have assets seized by the DEA, and even if the business owner challenges the forfeiture in court, the process is expensive and lengthy, and the business would likely be ruined in the meantime. 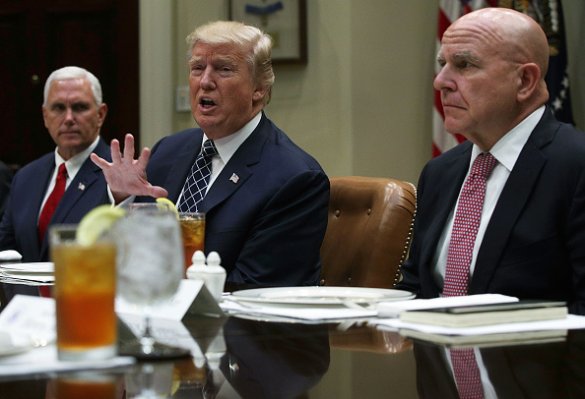 Read Trump's Comments on the Failure of the Senate Health Care Bill
Next Up: Editor's Pick