Romance Update: Kale Bouquets Might Actually Be a Great Alternative to Roses

Flowers are so passé. Romance today is all about the greenery. At least, that’s the case for some open-minded nature lovers who are taking to Reddit and Twitter to extol the virtues of kale, the multi-use plant that’s become trendy to consume in recent years.

One recent Reddit post from a vegan shares that her date brought her kale from his garden after she mentioned her dietary preferences, to which many commenters are noting that it’s basically a better version of a bouquet. Who needs a sugary, fruity Edible Arrangement when you can have nutritious, iron-filled salad greens instead? “Marry him,” multiple commenters said.

Twitter also went wild for one romantic partner’s gift of purple kale to his girlfriend; he apparently thought the crinkly roughage was some kind of unusual flower. Luckily, just because it falls in the lettuce family doesn’t make it any less intriguing to look at (or any less thoughtful of a gesture).

A quick spin through Instagram proves that some others have also discovered the romance of a kale bouquet arrangement. Like succulent bouquets before it, kale might be coming into its own in a whole new way than inside the kitchen. 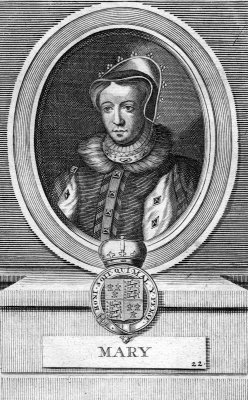 The Real Lives of Women in the Tudor Period
Next Up: Editor's Pick