A young Saudi woman was arrested after a video of the woman seemingly ignoring the country’s strict dress code and donning an above-knee skirt and crop top sparked controversy on social media.

The video, posted on Snapchat over the weekend by a social media user named Khulood, shows the woman walking along an empty street in Ushayqir, a village in the conservative province of Najd, the Washington Post reports.

According to the Post, social media users had criticized the woman for her actions, while others praised her bravery.

“It’s 2017. We’re supposed to be on the brink of social progress and people are freaking out over a model’s legs,” wrote one female social media user on Twitter. “Showing skin isn’t wrong. Sexuality isn’t wrong. Free expression isn’t wrong. It’s the 21st century you idiots,” added another.

Muslim women in Saudi Arabia are expected to wear long, black cloaks called abayas, paired with a headscarf (hijab), a niqab, which leaves a slit for the eyes, or a full-body burqa.

The woman was detained in the capital, Riyadh, for wearing “immodest clothes,” state media reported Tuesday, according to the Associated Press. 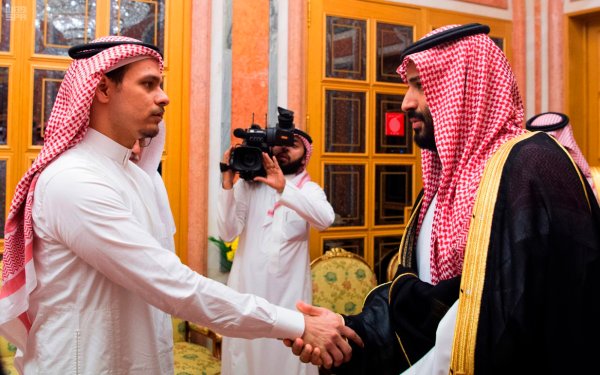