R. Kelly 'Alarmed and Disturbed' by Allegations That He’s Holding Women in a 'Cult'

R. Kelly performs during the Holiday Jam at Fox Theater in Atlanta on Dec. 27, 2016.
Prince Williams—WireImage/Getty Images
By Mahita Gajanan

The R&B singer R. Kelly strongly denies allegations that he is holding six women in a “cult.”

Kelly’s lawyer, Linda Mensch, denied the claims in a statement on Monday evening.

“Mr. Robert Kelly is both alarmed and disturbed at the recent revelations attributed to him,” Mensch said in a statement to People. “Mr. Kelly unequivocally denies such allegations and will work diligently and forcibly to pursue his accusers and clear his name.”

A BuzzFeed report published on Monday, based on interviews with the women’s parents and people who were formerly close to Kelly, alleges that Kelly has kept the women in properties in Chicago and Atlanta and “controls every aspect of their lives.” BuzzFeed reports that several parents are trying to get their daughters out of Kelly’s home, where the parents say the 50-year-old Kelly is controlling how they eat, what they wear, when they bathe and sleep and how they engage in sexual activity. The parents say their daughters are being kept in Kelly’s recording studio in Chicago and a “guest house” in Georgia, according to BuzzFeed.

Local authorities told People they visited Kelly’s Georgia property on Dec. 27 and found no signs of anyone being held against their will. In a separate report obtained by People, Cook County police said they performed a welfare check at the Chicago property, where they found a woman who said she was “fine and did not want to be bothered with her parents.”

Kelly has previously faced several allegations of sexual misconduct. He married the late singer Aaliyah when she was 15 in 1994, and the marriage was annulled after she said she lied about her age. Kelly was acquitted on child pornography charges in 2008 after being accused of sexual activity with an underage girl. 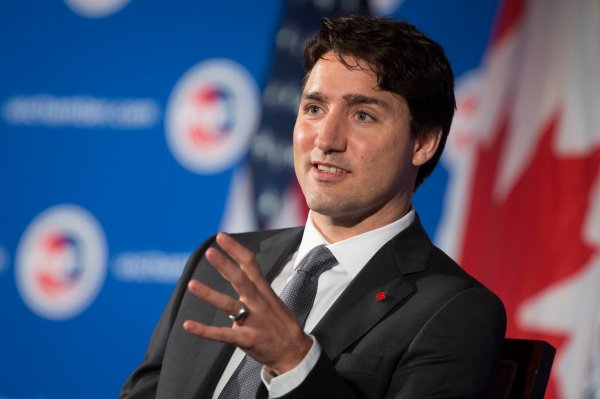 This Is What's on Justin Trudeau's Summer Spotify Playlist
Next Up: Editor's Pick