This Crime-Fighting Security Robot Drowned in Mere Inches of Water, Much to the Internet's Amusement

Twitter tributes have flooded in for a state of the art security robot that plunged wheel-over-nosecone into a shallow fountain near Washington D.C. — and couldn’t get back up.

The roving robot — a four-foot tall oblong affair developed by a silicon valley startup called Knightscope — was on its usual crime-fighting rounds when it clattered down a set of steps and into the water feature outside Georgetown’s Washington Harbour office and retail complex, the Washington Post reports.

Images of its helpless, partially submerged form prompted a torrent of Twitter jibes. “We were promised flying cars, instead we got suicidal robots,” wrote one Twitter user.

Others posted pictures of (human) maintenance workers lifting the robot from the pool.

Knightscope, which said it was investigating the incident, described the mishap an “an isolated event” and promised to deliver a new robot within the week, according to the Post. An office worker at the Georgetown complex said this one had only been on the job a few days before it met its watery demise. 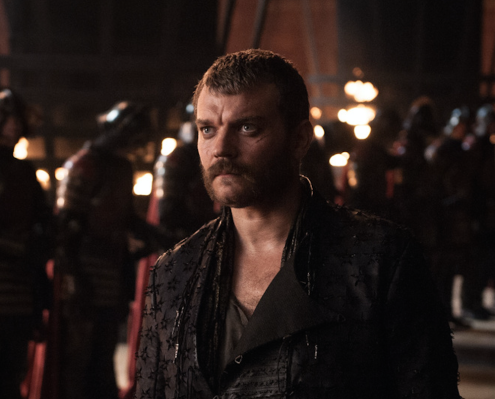 Euron Greyjoy's Game of Thrones Outfit Has Divided the Internet
Next Up: Editor's Pick