Canada Musters Its Military to Fight Wildfires as 39,000 People Flee Their Homes

Smoke rises in front of the sun as a wildfire burns near Little Fort, British Columbia. Tuesday, July 11, 2017.
Jonathan Hayward—AP
By Reuters

Goodale told reporters the western Canadian province had made two requests of the federal government for military assistance to fight the fires, which he said were expected to worsen.

The military has sent two planes and five helicopters to help with evacuations and transportation for first responders, according to the Department of National Defence.

British Columbia chief fire information officer Kevin Skrepnek said in a conference call the Australians were due to arrive on Wednesday.

There were 159 fires across the province in an area between 150 km (95 miles) to 350 km (217 miles) northeast of Vancouver, including 17 new ones, although the total numbers were down slightly from 162 on Sunday, Skrepnek said. No casualties have been reported.

“In a few cases, it is because we had amalgamated some of these fires together,” he said. “But for the most part, that decrease in terms of the total fires burning is an indication of progress.”

British Columbia has announced C$100 million in emergency funds. The Canadian Red Cross will hand out stipends of C$600 for displaced people.

Tolko said on Monday that many employees were forced from homes and that resources in the city of Kamloops, which has been taking in evacuees, may be overwhelmed.

Pipeline operator Enbridge Inc, which has taken a natural gas compressor station offline, said on Sunday it had no firm time line for restarting it.

Kevin Boon, general manager of the British Columbia Cattlemen’s Association, said 30,000 cattle were being threatened by the fire.

Boon said ranchers had been trying to move their cattle to safety and some had deployed water pumps. The fire was not affecting prices beyond British Columbia, a relatively small producer, he said.

EnGold Mines Ltd has suspended exploration. Imperial Metals Corp and Taseko Mines Ltd said separately on Monday they had suspended operations at mines in the area.

In 2016, fires in Fort McMurray in neighboring Alberta displaced 88,000 people. 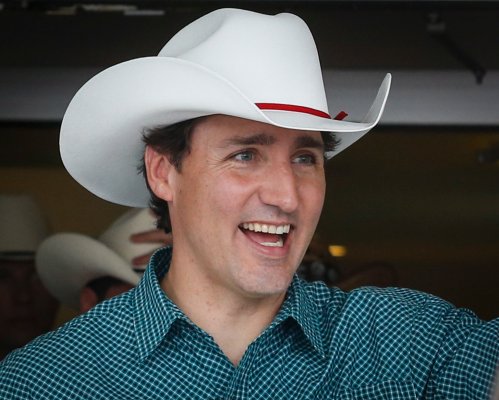 Justin Trudeau Meets Baby Syrian Refugee Named After Him
Next Up: Editor's Pick