Americans Are Spending at Least $900,000 Per Month on Avocado Toast, According to Square

An Australian millionaire sent the Internet into a tizzy earlier this year when he used avocado toast as a symbol of millennial irresponsibility and excess, saying that choices such as “buying smashed avocado for $19” were making it hard for young people to afford homes. While the nuances of the housing market and the life choices of millennials may be fodder for endless debate, new data from Square makes one thing clear: the avocado toast business is booming.

Square, a tech company that helps businesses process credit card payments, crunched data from sellers around the U.S. and found that Americans are spending nearly $900,000 per month on crusty bread topped with mashed green fruit. That’s a huge increase from what the company was seeing in 2014, when Square’s sellers were only moving $17,000 worth of avocado toast per month.

Though that’s a drop in the urn compared to the amount people spend on coffee, for instance, the hard figure for how much Americans are spending on such toast is certainly much larger, given that the Square data does not include the many avocado-toast-offering restaurants and food trucks and fast-casual counters that are not using Square’s services. And the jump remains proof of how hot the commodity has become. The company says the increase in sales has far outpaced Square’s growth in sellers.

So what of millionaire Tim Gurner’s claim that millennials are spending $19 a pop for this green-and-creamy brunch fave? Based on data from hundreds of Square sellers, the company found the average cost to be $6.78, with the cheapest avocado toast going for $2 and the most expensive going for $18. Given that the Australian dollar is weaker than the U.S. dollar ($19 Australian = about $15 U.S.), Gurner was within Square’s range. The average price was highest in Los Angeles, at $8.50 a pop, and lowest in D.C., at a mere $4.

Avocado toast consumption levels in U.S. cities vary, as do creative local spins on the item, which Square sellers are hawking in varieties like grilled cheese avocado toast and avocado toast lobster rolls. Per Square, the highest consumption per capita is (predictably) in San Francisco, followed by Honolulu, Nashville and Portland, Ore.

Long before smashed avocados were raising haunches, the City by the Bay was grappling with another great debate over the price of browned bread. Tensions over inequality have risen in San Francisco in recent years, and in 2014 stakeholders zeroed in on the fact that people were purchasing $4 toast as evidence that one-percenters were fueling an affordability crisis.

Back then, the small business offering the $4 toast had options like whole-wheat-sesame-poppy bread with butter. These days, millennials can get an “avocado mash” on toast at the same spot for twice the price. But, as many pointed out in the wake of Gurner’s comment, it would take a lot of toast to make a real difference in one’s housing situation. In fact, a person would have to save the equivalent of 475 of those mashes just to afford one month’s rent on the average San Francisco apartment. 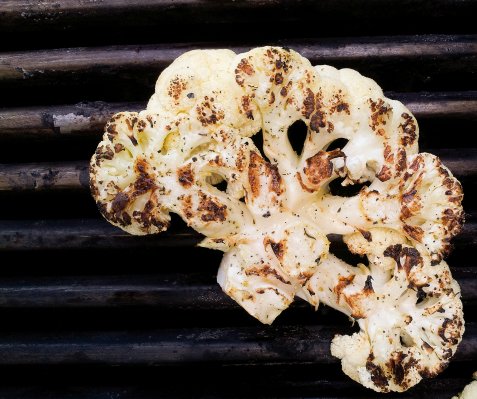 Why Cauliflower Is the New 'It' Vegetable
Next Up: Editor's Pick