John McCain Had a Craniotomy to Remove a Blood Clot. Here's What That Means

Senator John McCain is recovering from minimally invasive surgery performed Friday “to remove a blood clot from above his left eye,” according to a statement from his office. His absence from the Senate has caused Majority Leader Mitch McConnell to delay a vote on Republicans’ proposed health care bill.

During the procedure, called a craniotomy, surgeons successfully removed a 5-centimeter clot through an eyebrow incision. McCain is resting comfortably and is in good sprits, the statement adds, and will spend the week at home in Arizona.

Some doctors familiar with blood clots and craniotomies—but not involved in McCain’s case—say that this type of operation could indicate a more serious condition. Two neurosurgeons TIME spoke with say that the senator’s prognosis—and how quickly he can get back to the Senate voting chamber—will likely depend on the clot’s underlying cause.

A blood clot described as “above the eye” could either be in the brain or just outside it, says Dr. Joseph Serrone, assistant professor of neurological surgery at Loyola University Health System. Such a clot could be caused by a number of things, including a bump on the head or a minor stroke that might otherwise go unnoticed.

The risk for bleeding in or around the brain is higher for people who take aspirin or blood thinners, says Serrone. “These decrease the body’s ability to clot properly, and so if there’s a small trauma or even a spontaneous hemorrhage, blood can build up and that can be very serious.” (It is not known whether McCain takes any of these medicines.)

A clot can also indicate a tumor, says Dr. Steven Kalkanis, chairman of the department of neurosurgery at Henry Ford Health System. Because McCain has a history of melanoma—including a surgery in 2000 to remove a tumor on his left temple—the clot will likely be examined closely “to see whether it’s only blood, or if there are tumor cells in there that could represent a recurrence.”

The statement from McCain’s office notes that tissue pathology reports are expected “within the next several days” and that further care will then be discussed between the senator’s doctors and family.

McCain’s previous melanoma diagnoses could have been what prompted doctors to discover the new clot. While the senator’s statement says Friday’s procedure was performed “after a routine physical,” this type of abnormality is usually diagnosed via a CT scan or other type of brain imaging—not something that would normally be part of a check-up.

“It’s possible his doctors were being very diligent about the possibility of melanoma spreading and he was getting regular scans because of that,” says Kalkanis. “Otherwise he would have to say something like, ‘I’m having trouble seeing’ or ‘I’m having trouble with my speech’ that would prompt a doctor to include a CT scan or MRI.”

As for the surgery itself, craniotomies performed in a minimally invasive way—through a tiny incision around the eyelid or eyebrow—are generally well tolerated and heal quickly. “I think they said he’d be back next week, and I would expect that to be the case,” Kalkanis says. “It sounds like things went smoothly, so I wouldn’t expect him to have any neurological issues.”

Kalkanis also says people should not jump to conclusions that McCain’s clot is related to cancer or anything that could cause lasting problems. “He’s an 80-year-old man; he could have had a small stroke or had some small trauma,” he says. “It doesn’t mean his health is in jeopardy.”

Still, Serrone says that bleeding in the skull is actually “a very serious condition and a very serious public health issue,” especially for older people. “The brain is held in this rigid skull,” he says, “and if you put something in there that does not belong, it’s going to put pressure on the brain that can cause significant damage and affect your motor power, language ability, and so forth.”

Although the cause of McCain’s blood clot is still unknown, his diagnosis can be a reminder for people to pay attention to their own neurological health, Serrone says. “If you bump your head and have any kind of strange symptoms afterward, that’s something that should be examined by a doctor—especially for patients who are on blood thinners,” he says. 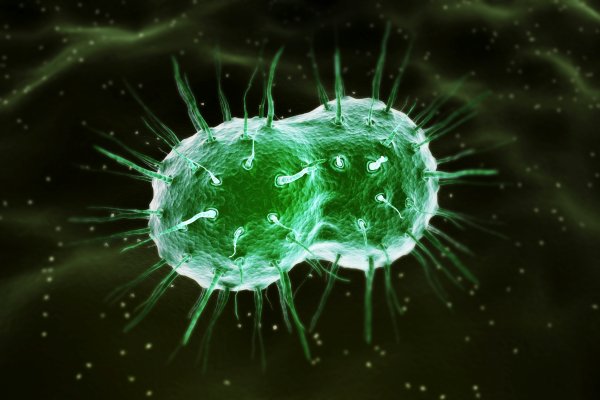 Some Cases of Gonorrhea Are Now Untreatable
Next Up: Editor's Pick