By Chris Wilson and Jeffrey Kluger

(Update: Thanksgiving Day, 2:18 PM ET: Astronomers working with NASA’s Comet ISON Observing Campaign (CIOC) continue to monitor ISON’s progress as it swings around the sun. No word yet on its condition, though the CIOC website’s latest blog entry puts things succinctly: “Hanging on by its fingernails” is all it says. The comet’s break-up will occur—if at all—at some point in its perihelion, or closest approach to the sun, today. If it makes it through that firestorm, it should be visible sometime before tomorrow. It will then seem to brighten over the next couple of weeks as it approaches, and then passes, Earth.)

(Update: Showtime for Comet ISON comes Thanksgiving night, when it makes its closest approach to the sun and will flare brightly—or not. It all depends on how well the comet has survived its inward trip through the solar system, and a slight dimming in its light yesterday has astronomers worried that it might have already begun to break up. ISON is moving fast—in excess of 150,000 mph [240,000 k/h]—but these matters still can’t be rushed. Tonight, we’ll know for sure.)

Every comet that’s ever been spotted is a fugitive on the lam. Comets really have no business visiting the inner solar system at all. They don’t remotely respect the orderly wheels of the orbiting planets — coming in at crazy inclinations and extended ellipses, colliding with any world that gets in their way and sometimes making suicide plunges into the fires of the sun. Where they really belong is out in the Kuiper Belt, a ring of icy, rocky objects that circle the solar system at a maximum distance of 4.6 billion miles (7.4 billion km), or in the vastly larger Oort Cloud, which stretches more than 5 trillion miles (8 trillion km) into deep space.

But now and again a comet gets jostled or gravitationally perturbed, breaks free and begins the long dive inward. Sometimes it embarks on a permanent, predictable path, sometimes it’s on a one-way trip and sometimes we just can’t tell — which is one of the things putting a recently discovered comet named ISON in the news.

It was only last year that Russian astronomers Vitali Nevski and Artyom Novichonok spotted the incoming rock, though they were denied the privilege of giving it their name because they were working as part of the International Scientific Optical Network, and the astronomical rules give the name — or acronym — of an umbrella organization precedence. Still, that makes Comet ISON no less real, and made it no less sensational when astronomers announced that it could be what some were describing as “the comet of the century.” What started that kind of buzz is the fact that ISON is a so-called sungrazer, in this case making a close approach to the solar fires of just 1.15 million miles (1.85 million km) on Nov. 28, 2013, and — if it survives that — swinging back out and passing earth at about 40 million miles (64 million km) on Dec. 26.

Of course, comet of the century has been bandied about before. Remember Comet Kohoutek, which flew by in 1973? Probably not, mostly because it was a dud. Even the fabled Halley’s failed to live up to its rep in 1986, though that’s not saying it won’t make up for that underachieving when it comes back around this way in 2061. Already astronomers are walking back the predictions of the kind of sky show ISON is going to put on — or even retracting them altogether.

“It’s not going to be the comet of the century,” says Carey Lisse, senior scientist in NASA’s Comet ISON Observing Campaign, which is seeking to enlist as many telescopes and other instruments as possible to observe, record and study ISON’s ride through the solar system. “[But] going straight from the frozen Oort Cloud to next to the surface of the sun, it’s going to be the comet of the half-century — something closer to Kohoutek. Still, that makes it special.”

And something well worth paying attention to. ISON, like all comets, is ancient, made of material that coalesced when the primal cloud that was here long before we were was just forming into the sun, planets and moons. “Think of these things as the fossils of the early solar system,” says Lisse. ISON’s size — about 1 km to 2 km in diameter (0.6 miles to 1.2 miles) — is not uncommon for comets, but — as with other comets too — that makes it a bit of a puzzle. “Modeling-wise, we don’t know how to make a comet,” says Lisse. “We’re able to build planets from comets, but we don’t know how to build an object the size of a small mountain from primordial cosmic dust.”

Write to Chris Wilson at chris.wilson@time.com and Jeffrey Kluger at jeffrey.kluger@time.com. 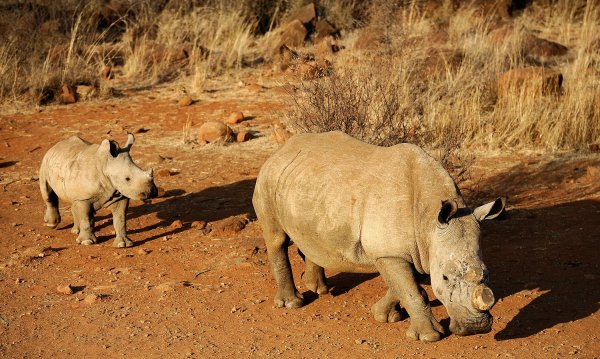