A former Georgia teacher who pleaded guilty to sexually assaulting her student appeared to blame the teenage victim in court for roping her in “like a used car salesman,” PEOPLE confirms.

Therese Gunn, 54, confessed Friday to having a sexual relationship with a student who was 17, Karen West, Managing District Attorney at the Gwinnett County District Attorney’s Office, tells PEOPLE. The ex-orchestra teacher apologized for her actions before telling a judge the teen had coerced her.

“He was like a used car salesman,” Gunn said.

Gunn was sentenced to 90 days in prison and up to 10 years of probation, West says.

She taught at South Gwinnett High School for 25 years before she was arrested in May 2016, according to the Atlanta Journal-Constitution. The victim’s mother alerted authorities after reading her son’s journal, which highlighted the sexual encounters that occurred for several months at the school, a park and the teacher’s home, the Gwinnett County Police Department said in a statement.

Gunn had turned herself in to authorities and later resigned from her teaching position.

Speaking in court, the victim said Gunn “made [his] adolescence hell.” 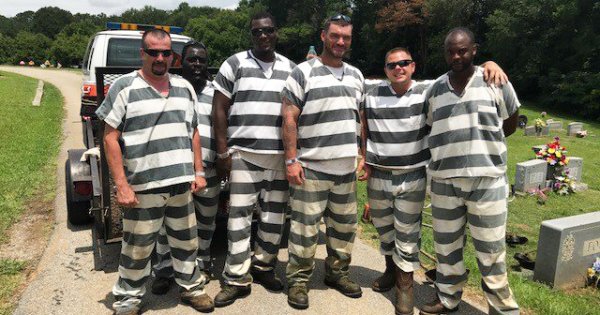 Inmates Help Save Officer's Life Instead of Escaping
Next Up: Editor's Pick