Americans Think a Terrorist Attack Is More Likely Than Bipartisanship

Americans think a major terrorist attack on U.S. soil is more realistic than Republicans and Democrats working together, according to a recent poll.

According to the survey, 68% of Americans think a major terror attack on U.S. soil in the next few years is realistic, while only 21% it is realities to think that Republicans and Democrats will work together to help the American people in the same time frame.

The poll also showed that the majority of Americans view a number of awful things as more realistic in the next few years than bipartisanship, including a 2008-like financial crisis (63%), North Korea launching a nuclear missile at the U.S. (55%), Russia hacking the next elections (53%) and health care legislation being passed that lowers premiums and covers more people (35%).

A roughly similar number of people thought that it was realistic to think that all illegal immigration will be stopped in the next few years.

The poll was conducted in July 2017 by Selzer & Co. for Bloomberg, with a sample size of 1,001 American adults. The margin of error was ±3.1 percentage points. 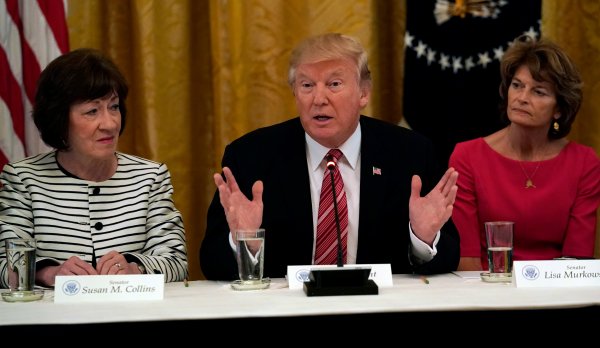 Just 17% of Americans Approve of Health Care Bill
Next Up: Editor's Pick