Game of Thrones fans were likely left hoping for an appearance by Lady Stoneheart after the season seven premiere started with a “Previously on Game of Thrones” segment that flashed back to Catelyn Stark’s death at the Red Wedding. Instead, the episode opened with Walder Frey hosting yet another feast in the banquet hall of the Twins. Except it wasn’t Walder Frey at all; it was Arya Stark wearing his face.

“I’m proud of you lot. You’re my family, the men who helped me slaughter the Starks at the Red Wedding,” said the young faceless assassin after serving every Frey male poisoned wine. “Brave men, all of you. Butchered a woman pregnant with her babe, cut the throat of a mother of five, slaughtered your guests after inviting them into your home. But you didn’t slaughter every one of the Starks. No no, that was your mistake. You should have ripped them all out root and stem. Leave one wolf alive and the sheep are never safe.”

This scene seemed to clear up some remaining mysteries about Arya’s face-swapping abilities, namely that every face we see her wearing belongs to a person she has killed. It also seemed to confirm that Arya is turning into the show’s version of Lady Stoneheart — who in George R.R. Martin’s A Song of Ice and Fire book series is a zombified version of Catelyn who travels the Riverlands brutally murdering those who betrayed her family.

“When I first heard about the Faceless Men, I always thought it would be really cool if she switched faces with a leading character rather than an unknown person’s face,” Maisie Williams — who plays Arya — told Entertainment Weekly of the sequence. “It’s so f—ed up…Even Arya is surprised she has so much power. In that last moment she’s staring out at all those men dying, she’s turned into a bit more of a monster than she’s ever realized. I don’t think she’s sad about that but she’s got it on her mind.”

Regardless of casualties, it appears that Arya is hell-bent on taking out every last person on her kill list. Although we didn’t see her kill anyone else in the episode, a scene in which she informed a group of friendly Lannister troops — one of whom was played by Ed Sheeran — that she was on her way to murder Queen Cersei seemed to hint that she will soon show up in King’s Landing disguised as one of the soldiers. 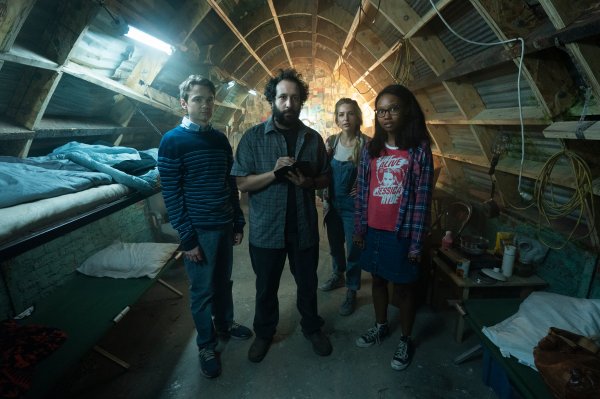