The Real Lives of Women in the Tudor Period

Queen Mary I of England. Mary Tudor (1516-1558) was Queen of England and Queen of Ireland from 1553 until her death.
Print Collector/Getty Images
By Elizabeth Norton / History News Network

On Aug. 5, 1577, Thomasine Tyler and 29 of her female neighbors assembled in Brentwood in Essex. The women were armed with items that they had found in their houses, including spits, hammers, and kettles filled with hot water. One woman carried a “great sharp stone” taken from the roadside. The crowd made its way to the town’s chapel and barricaded themselves inside, in protest against the building’s planned closure. They were soon removed when the sheriff and his men stormed the chapel, but the women were released without harm.

This event and other direct political action by women in the period was commonly dismissed as meaningless or as “a thing done by women.” Yet, no other period in English history is as associated with women in the popular consciousness as the Tudor age, from the six unfortunate wives of Henry VIII to the ruling queens “Bloody Mary” and “Good Queen Bess.” There were other women, too, less high-born and not so well remembered. Some did remarkable things, others were more conventional.

In the Tudor era, women’s lives were less likely to be recorded than those of their male contemporaries, with inequality beginning in the womb. It was believed that the male soul entered the body at 40 days in utero; life for a girl began instead at 90 days. Carrying a girl was harder on the mother, too, physicians agreed, with the pregnant woman more likely to have “a pale, heavy, and swarth countenance, a melancholic eye.” Few Tudor mothers would have known for certain that they were pregnant at 90 days, in any event, waiting to add extra panels to their gowns until they actually felt the baby move in the womb.

Once pregnancy had been diagnosed, mothers would ready themselves for labor. Most women possessing a birthing sheet and other items required for labor and beyond. For queens, the preparations could be really elaborate. But, sometimes, no preparations were made at all. Tiny Mary Cheese was born in “a public place” on March 1, 1573, as her mother went about her business. The birth came so quickly and unexpectedly that the infant later died from the head injury sustained as she dropped to the floor beneath her mother’s skirts. More usually the mother gave birth on a pallet bed, attended by a midwife and female relations. The child would then be swaddled and – for wealthy infants – passed to the care of a wet nurse.

Childhood was a time of play, with toys available to suit every parental purse. For girls, there could be dolls and miniature household items, designed to teach them how to be wives and mothers in their turn. Most Tudor girls also received some level of schooling, from private tuition to small mixed free schools held in the local parish church. No one expected girls to outstrip boys: one educationalist was quick to assure his readers that he would speak of boys’ education first, since “naturally the male is more worthy.” The curriculum offered to girls could also be limited, with some contemporaries considering Latin and Greek to be “very noisome and jeopardous” to health, since it might “inflame their stomachs” towards vice. Most Tudors, however, considered that a little learning in a girl could not hurt.

Almost all Tudor girls left home to enter service in their mid-teens. For gentry and noble born girls, this involved joining the household of a female relative or social superior in order to provide companionship. More usually, girls would enter into a one-year contract for domestic service, living in the house of a master and carrying out domestic and farm tasks. Some girls were more formally apprenticed, although they were far outnumbered by boys.

Service was not intended to be a permanent state, with girls often marrying in their 20s. While parents usually expected some input, it was considered that there should be a liking between the couple. Contemporaries reasoned that where young people were “beaten and compulsed,” then it was an ungodly match, with the couple marrying “in a forgetfulness and obliviousness of God’s commandments.” Nonetheless, for the upper classes, haggling over dowries and jointures ensured that matrimony was often approached like a business arrangement. Since a valid marriage required only a promise to wed and consummation, there was no actual need of a church ceremony, although witnesses helped. The royal Catherine Grey later found her marriage disputed when one witness died and the other disappeared.

With contraceptive knowledge only rudimentary, most Tudor wives very quickly became mothers. The lives of many women revolved around running their home, assisting their husbands in farm work or business and raising the children. Knowledge of cookery was particularly important, with one contemporary reasoning that a poor cook was effectively a woman who had broken her marriage vows since “she may love and obey, but she cannot serve and keep him with that true duty which is ever expected.”

The vast majority of Tudor women never made it to old age, given the double threats of infancy and then, later, childbirth. There was no retirement, with women working until they were unable to do so before seeking the charity of their parish. Old age could be particularly difficult for women, who were often viewed with suspicion. An accusation of witchcraft was a very real possibility for poorer women. Even highborn ladies, such as Elizabeth I, lamented the loss of their looks. She and others of her class attempted to turn back time by plastering their faces with toxic white lead.

Although so often hidden, the lives of Tudor women shaped a dynasty, with the period witnessing England’s first effective reigning queens. It is therefore fitting that, on March 24, 1603, when the Tudor age finally ended, it did so with the last ragged breath of a woman.

Elizabeth Norton is the author of The Hidden Lives of Tudor Women: A Social History. 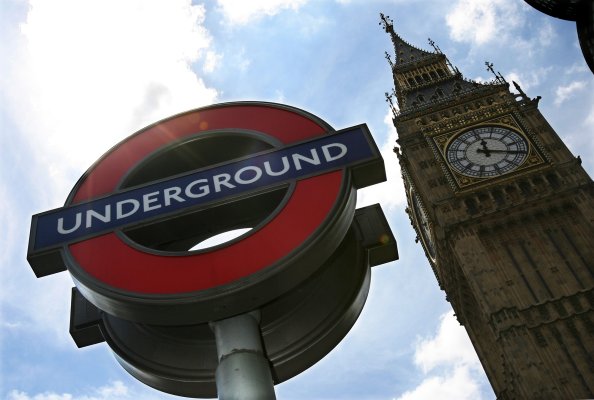 No More 'Ladies and Gentlemen.' The London Tube Is Now Using Gender Neutral Greetings
Next Up: Editor's Pick