Roger Federer, internationally renowned Swiss tennis superstar, just clinched a record-breaking eighth Wimbledon win over the weekend, marking his 19th Grand Slam title. Not bad! But the internet is going wild for something else related to Federer: his two sets of twin kids with wife Mirka, a former pro herself.

Captured by the cameras courtside during Federer’s final match against Marin Cilic on Sunday, seven-year-old twin girls Myla and Charlene and three-year-old twin boys Lenny and Leo got to watch their dad do his thing on the grass court. Dressed in doubly matching ensembles and consistently making funny faces in view of the cameras, the internet was quick to recognize the potential superpowers of this quartet of kids.

But in press statements after the fact, Federer was more humble about his own offspring, suggesting they’re pretty nonplussed by their impressive father’s playing.

“They have no clue what’s going on,” he said afterward. “They think this is probably a nice view and a nice playground.” No matter; some fans are keeping hopes high for the future of the Federer family’s dominance in tennis. Just think of the doubles teams. 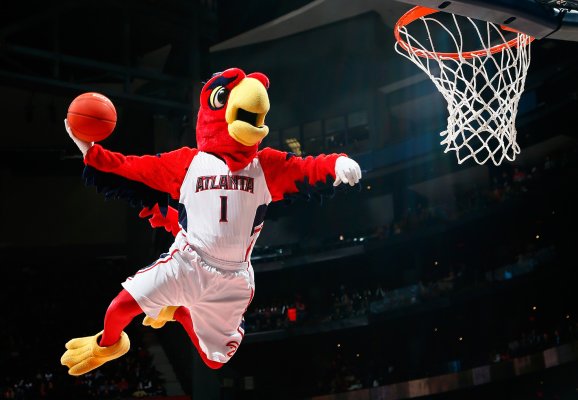 This Basketball Team CEO Is Throwing the World's Luckiest Tinder Couple a Free Wedding
Next Up: Editor's Pick