Doctors recently found 27 contact lenses in a patient’s eye while they were prepping her for surgery.

In a write-up in the British Medical Journal, the authors said the 17 of the lenses were stuck together in a “bluish . . . hard mass” and were “bound together by mucus.” Ten more were found by the surgeon with the help of a microscope.

The patient was 67 years old and had been wearing contact lenses for 35 years.

“She was quite shocked,” Rupal Morjaria, a specialist trainee ophthalmologist who worked with the patient and is one of the authors of the BMJ piece, told Optometry Today. “When she was seen two weeks after I removed the lenses she said her eyes felt a lot more comfortable.”

The paper says the patient had “deep set eyes” which might explain how the “unusually large” number of contacts could have been stuck. But Morjaria added that “none of us have ever seen this before.”

“It was such a large mass . . . We were really surprised that the patient didn’t notice it because it would cause quite a lot of irritation while it was sitting there.” 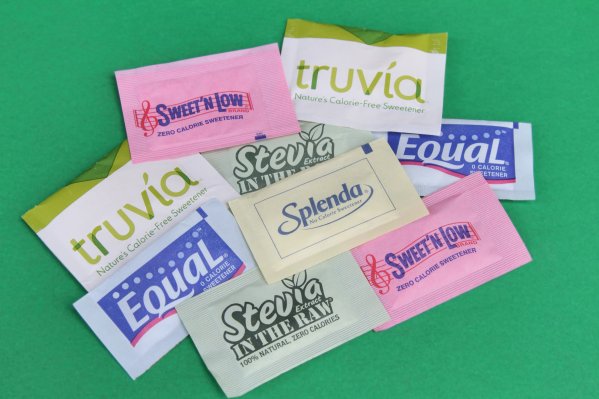 Artificial Sweeteners Are Linked to Weight Gain—Not Weight Loss
Next Up: Editor's Pick