The U.S. Secret Service Says It Did Not Vet Donald Trump Jr.'s Meeting With Russian Nationals

The U.S. Secret Service has denied it gave a green light to a meeting between Donald Trump Jr. and Russian nationals in the run-up to the 2016 Presidential Elections, pouring cold water on suggestions made by President Donald Trump’s personal lawyer Sunday.

Speaking on the ABC news program This Week Jay Sekulow, a member of the president’s legal team, alluded to Secret Service vetting of a June 2016 meeting between Russian lawyer Natalia Veselnitskaya and the President’s son.

Read more: How Donald Trump Jr.’s Emails Have Cranked Up the Heat on His Family

But in an emailed response to Reuters, Mason Brayman, a spokesman for the Secret Service, said that that Trump Jr. was not under secret service protection in June. “We would not have screened anyone he was meeting with at that time,” Brayman said. 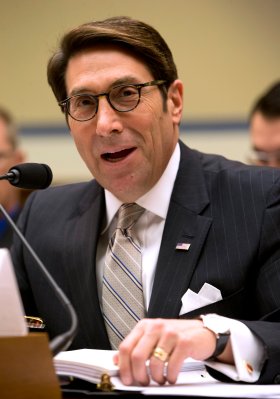